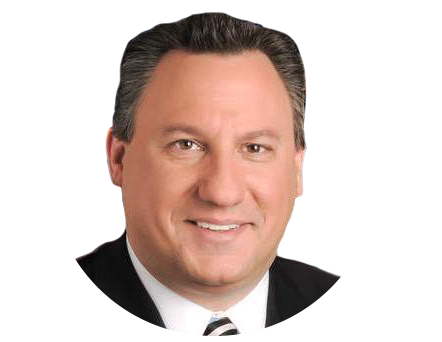 How many miles in nine months would you be willing to travel for a national championship?

You would have to ask Columbus Torah Academy’s Molly Binsky. The sophomore is a goalie for the Gilmour 16-and-under girls’ hockey team.

On April 29, her team will travel to Philadelphia for USA Hockey’s national championships. Her family knows Interstate 71 better than most. They figured they have logged about 18,000 miles on the ride from Bexley to Gates Mills for practice and games this season. Logging another 1,000 miles along I-70 should be easy, especially if her top 15 nationally ranked team can win it all.

After a season of watching from the outside of the stadium, crowds will get larger as COVID-19 numbers get smaller. Just the thought of sitting in the ballpark sounds so refreshing after 2020.

We are still trying to figure out what that 2020 baseball season was last year. It was a preview of how business and not balls and strikes have distressed America’s pastime. The labor issues will stare at fans for the next year.

The baseball team soon to be formerly known as the “Indians” no longer has shortstop Francisco Lindor. After an off-season trade to the New York Mets, reports say he will make $341 million dollars over 10 years – the third largest contract in baseball history.

No way the Indians would have come close to paying that kind of money for a single player. It is easy to look and say the big markets can pay what they want because we have no baseball salary cap. The problem will not be fixed looking up, we need to look down. If baseball wants to level the playing field, the league needs a salary floor.

According to Spotrac.com, the average team will spend $120,668,908 this season. The Reds are in the ballpark at about $121 million (17th in Major League Baseball) and the Indians now have the lowest payroll of the 30 clubs at about $35 million.

Parity should not equal success in this case. In the last 10 World Series, we have witnessed 13 different teams and eight different champions. Sounds great on paper. But no other league has a difference of $200 million between the highest and lowest spending team, which makes it difficult for fans to be all aboard on the loyalty train.

The NFL just signed a $100 billion dollar rights-fee deal and added a week of regular-season games.

Do you plan to attend a major or minor league baseball game this year?

Football is easy to like. The game only needs your attention a few hours a week during the short sunlight of winter. Baseball stumbles to get out of its own way to have the same rules in both leagues. The designated hitter is a pawn for collective bargaining agreements. Just decide if it is helps or hurts the game and move on. Baseball needs to work together – the players and owners – to make the sport more popular. We can all see it. The path at the negotiation feels more like an ego-filled demolition crew, than men that care anything about the game.

Eighty-one home dates mean so much to a community. Baseball should not be about owners and players. It is about us. We are the heart behind the names on the front of the uniform. The ballpark is a safe place to go, jobs, civic pride and a breath of fresh outside air.

Yep, batter up. Now, I just need to figure out who’s on first and why?

Here’s the scoop on Baskin and Robins

I find it ironic that the Columbus Jewish News partnered with 3News’ Monica Robins as a health columnist at the same time as the launch of my CJN sports column.

When I had a “cup of coffee” in my brief sports reporting stint at Channel 3 in Cleveland, we worked together. We always wanted to anchor the news at the same time, just to see our names on the screen at the same time. Maybe now, after about 31 years we can share the same page. Finally, Baskin and Robins.