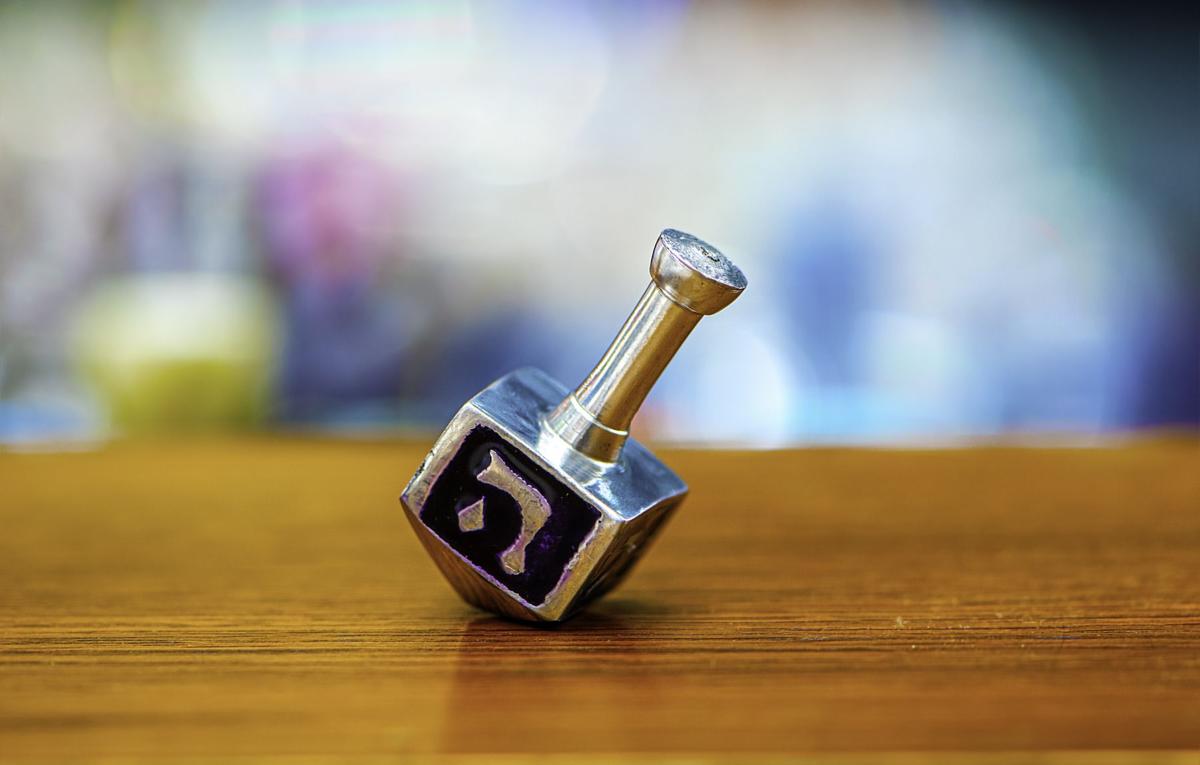 Playing with the dreidel is a traditional Chanukah game played in Jewish homes all over the world, and rules may vary. Here’s how to play the basic dreidel game:

1. Any number of people can take part in this great game.

2. Each player begins the game with an equal number of game pieces (about 10-15) such as pennies, chocolate chips, raisins, etc.

3. At the beginning of each round, every participant puts one game piece into the center “pot.” In addition, every time the pot is empty or has only one game piece left, every player should put one in the pot.

4. Every time it’s your turn, spin the dreidel once. Depending on the outcome, you give or get game pieces from the pot:

Nun means “nisht” or “nothing” in Yiddish. The player does nothing.

Gimel means “gantz” or “everything” in Yiddish. The player gets everything in the pot.

Hey means “halb” or “half” in Yiddish. The player gets half of the pot. (If there is an odd number of pieces in the pot, the player takes half of the total plus one).

Shin (outside of Israel) means “shtel” or “put in” in Yiddish.

Peh (in Israel) means “pay.” The player adds a piece to the pot.

5. If you find that you have no game pieces left, you are either “out” or may ask a fellow player for a “loan.”

The great debate – what is your vote based on?