Tipping off new NBA season, Deni Avdija is looking to put ‘Israel on the map’

Three plans to deal with Iran’s nuclear program: Which one will go into effect?

Law-enforcement officials say it could take months to complete their investigation of the shooting inside the JC Kosher Market in the Greenville section of Jersey City, N.J., on Monday that left a total of six people dead, including the two attackers.

The three civilians killed inside the grocery were identified as 32-year-old Leah Mindel Ferencz of Jersey City, a Chassidic woman who owned the store with her husband, Moshe David; 24-year-old Moshe Hersch Deutch of Williamsburg; and Miguel Douglas, 49, an employee at the store. Ferencz’s husband had left the grocery store just moments before the attack began to attend services at a synagogue next door.

Also killed at the start of the hours-long incident was Jersey City Police Det. Joseph Seals, a 39-year-old father of five.

Ferencz, a mother of several young children, was originally from the Williamsburg neighborhood of Brooklyn, N.Y. She and her husband were among the first Chassidic families to move to Jersey City.

Deutch was remembered by those who knew him as an exceptional person. He was a volunteer for Chai LifeLine’s annual Bike4Chai charity fundraiser for chronically ill children, as well as the organization’s Achim B’Yachad division, which caters to the Chassidic community.

“Moshe dedicated his life to chesed and to helping others,” said Katz. “He was always helping others and always available to lend a hand at any event or program.”

According to NBC News, the bloodbath began shortly after noon on Dec. 10, when Jersey City Det. Joseph Seals pulled over a U-Haul truck bearing stolen license plates linked to a murder in nearby Bayonne, N.J., that took place last weekend. Seals, a 15-year-veteran of the Jersey City Police Department, was fatally shot as he approached the van near the Bayview Cemetery on Garfield Avenue.

“You guys were very brave and acted correctly today. You are good to go home with your parents when your parents come here.”

The two suspects were identified on Wednesday as David Anderson and Francine Graham. They were killed inside the kosher market. According to reports, after killing Seals, the couple drove to the kosher market on Martin Luther King Drive one mile away, firing their weapons into the store from the sidewalk before barricading themselves inside and launching into a high-powered rifle shooting spree that lasted for hours.

Jersey City Councilman Jermaine Robinson told News 12 that the gunfire was unlike anything he had ever heard before, the shots “going and going and going without a pause.”

According to Hamodia, Borough Park, N.Y., resident Yossie Steinmetz had just left the grocery and gone next door to the Kahal Adas Greenville synagogue when the shots rang out. Steinmetz, Ferencz’s husband, and two others were trapped in the synagogue, the four men saying Tehillim (“prayers”) as the gunfire continued.

“To me, it seemed like a scene out of Afghanistan, with shots flying back and forth,” said Steinmetz.

Hamodia also reported that a Jewish man in his mid-20s was sitting in his car by the grocery when he saw the suspects exit their van and fire their first shots into the store. The unnamed man found himself trapped in the crossfire for a full 20 minutes; he sheltered on the floor of his car as gunshots rang out from all sides until he was rescued by an armored SWAT truck.

More than two-dozen area schools were placed on lockdown, including a cheder, a Chassidic boy’s school, upstairs from the synagogue.

Heavily armed members of law enforcement stormed the area as the shooting continued. The NYPD, the FBI, the Bureau of Alcohol, Tobacco and Firearms, and the Port Authority Police were among the numerous agencies that joined local police in their efforts to bring the situation under control.

According to law-enforcement officials, the suspects had a large supply of ammunition, including a pipe bomb.

The shooting dragged on for four hours with minimal information making its way out of the grocery. One person inside the store when the attack began escaped through the store’s back entrance. He sustained non-life threatening injuries and was transported to the hospital.

Police stormed the market at approximately 4:30 p.m., where they found the three victims dead in the store along with the bodies of the two shooters.

Approximately 40 children were in the cheder when the shooting occurred. They were visited by an officer from the Jersey City Police Department after the ordeal ended, who told them through a Yiddish translator, “You guys were very brave and acted correctly today. I wish you guys a happy holiday. You guys are all safe, and you are good to go home with your parents when your parents come here.”

The investigation is being handled by the N.J. Attorney General’s Office and the Hudson County Prosecutor’s Office.

While officials were reluctant to release details of the ongoing investigation, Jersey City Mayor Steven Fulop took to Twitter on Tuesday night, contradicting earlier reports that the incident was not believed to be a hate crime by saying the kosher store had been intentionally targeted. Fulop said that extra police resources would be dedicated to the Jewish community as a precautionary measure and there was no evidence of any additional threats in the area.

A short time later, New York City Mayor Bill de Blasio announced that he would be stepping up patrols at “key locations in the Jewish community” with further measures to be taken in the wake of the shooting.

Turning to social media again on Wednesday morning, Fulop said that the determination that the store had been singled out by the gunmen had been based on “extensive review” of surveillance footage. According to Fulop, two JCPD officers who were patrolling on foot one block from the grocery responded immediately and likely saved lives by preventing the shooters from leaving the store and gunning down additional victims.

Yanky Meyer, the founder and director of Misaskim, a Jewish organization that helps with communal tragedies, spent hours at the market on Tuesday working with authorities to ensure that the bodies be removed as swiftly as possible, with special care taken to ensure their dignity as required by Jewish law. By Wednesday morning, the bodies were taken to the medical examiner’s office, a timeline that Meyer said was very expeditious under the circumstances. 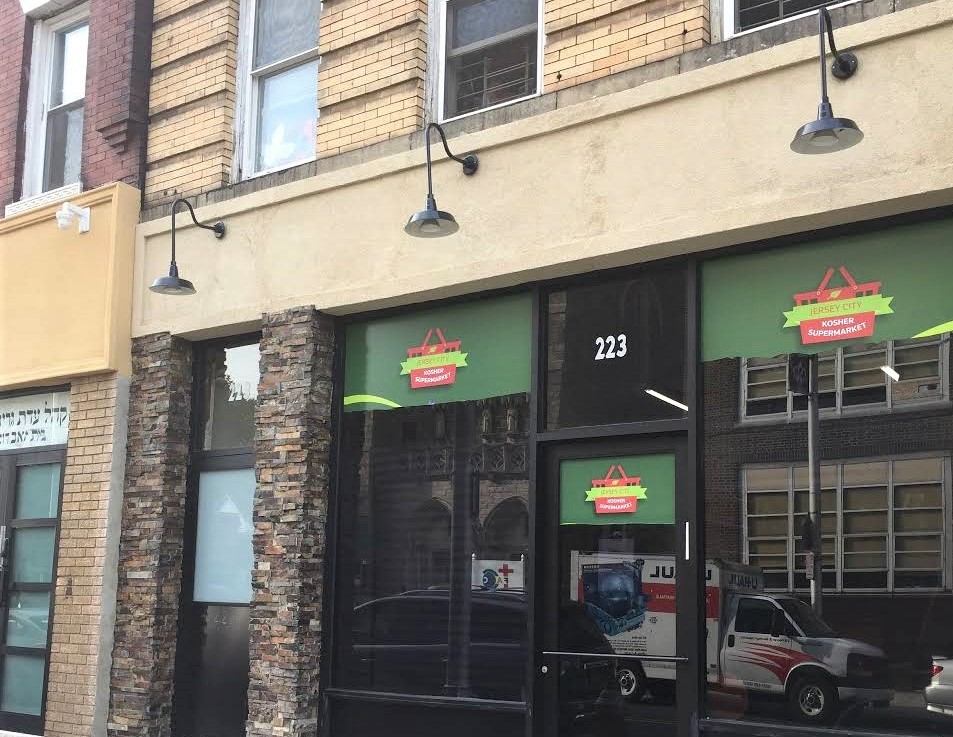 “They moved at a record pace,” remarked Meyer. “They understand the pressure and called in extra people so that everything could happen quickly. New Jersey Attorney General Gurbir Grewal and his team have also been great. They understood the magnitude of this so that the victims could be brought to kever yisroel, a proper Jewish burial, as soon as possible.”

New Jersey police chaplain Rabbi Abe Friedman also credited the Grewal for his efforts, which included a personal visit to the scene of the shooting. Friedman noted that New Jersey’s highest-ranking officials, including Gov. Phil Murphy, State Police Superintendent Col. Pat Callahan and director of the New Jersey Office of Homeland Security Jared Maples also came to Jersey City to show their support, staying late into the night to help expedite the burials.

“They moved at a record pace. They understand the pressure and called in extra people so that everything could happen quickly.”

Chai Lifeline’s crisis division, Project Chai, sent more than two-dozen specialists to Jersey City. They are working closely with schools and parents in the wake of the attack. In addition to issuing guidelines to help children cope with the tragedy, professional counselors are on standby to offer their assistance in English and Yiddish at their 24-hour hotline (1-855-3-CRISIS or via email at crisis@chailifeline.org).

The deadly rampage has sent shockwaves through Jersey City and beyond. Murphy praised Seals as a hero during a Tuesday-night press conference and extended his sympathies to the fallen officer’s family. He also spoke briefly about the innocent victims in the store, who found themselves in the wrong place at the wrong time.

Taking to Facebook to speak about the day’s events, Robinson, the city councilman, made an emotional appeal to the public saying, “Please, I’m asking you—keep Jersey City in your prayers.”

(JTA) — Police are warning that several online fundraisers for the family of a detective slain prior to the shootout at a kosher market in Jersey City are fake.