Three plans to deal with Iran’s nuclear program: Which one will go into effect?

Like many Jews around the world, members of the Bnei Menashe community in India are gathering to celebrate Sukkot this week. In their festival prayers, they offered a special plea to fulfill their age-old dream to make aliyah during the coming year.

“Even in the farthest reaches of northeastern India, the Bnei Menashe have continued to uphold the ancient tradition of building Sukkot in honor of the festival,” said Shavei Israel founder and chairman, Michael Freund. “We fervently hope that next year they will be able to do so in Israel.”

The Bnei Menashe—or “sons of Manasseh”—claim descent from one of the 10 Lost Tribes of Israel, who were sent into exile by the Assyrian Empire more than 27 centuries ago.

Their ancestors wandered Central Asia and the Far East for centuries before settling in what is now northeastern India, along the borders of Burma and Bangladesh.

Throughout their exile, the Bnei Menashe continued to practice Judaism just as their ancestors did, including observing the Sabbath, keeping kosher, celebrating the festivals and following the laws of family purity.

To date, Shavei Israel has made immigration to Israel possible for more than 4,500 Bnei Menashe and plans to help bring more of the estimated 6,000 members of the community to Israel. 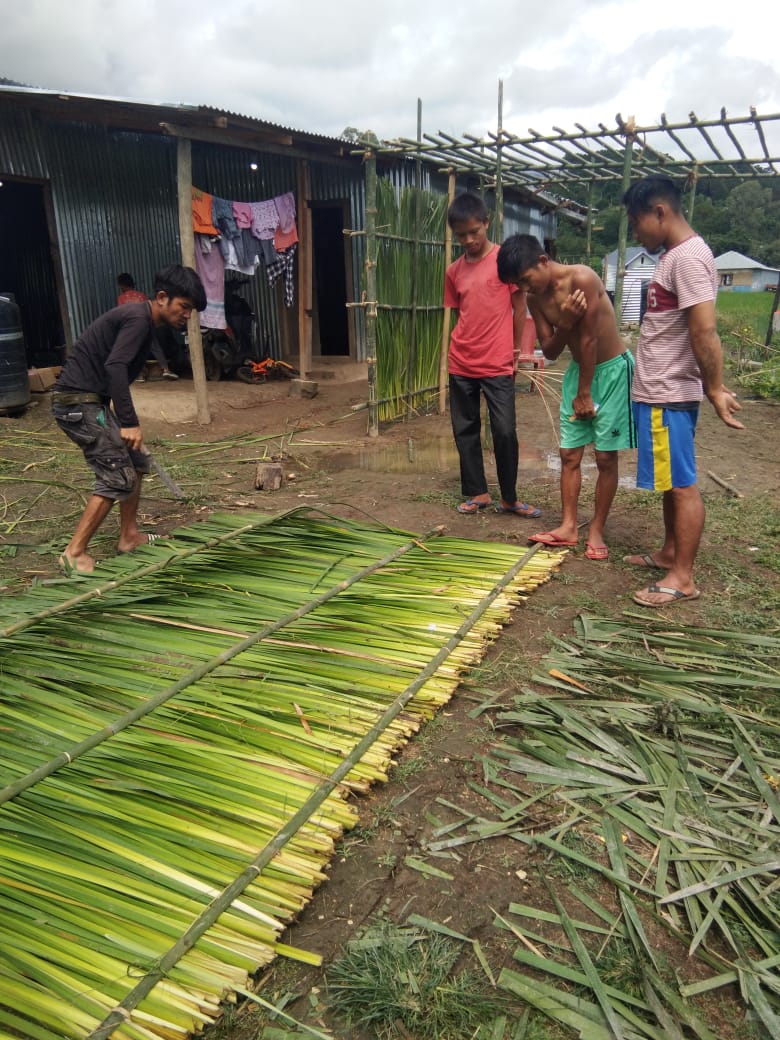 Members of the Bnei Menashe community in northeastern India in the process of building a sukkah, September 2021. Credit: Shlomo Kipgen, courtesy of Shavei Israel.