Israel, UAE sign agreement to partner on mission to moon in 2024

Sadness and solidarity pervaded the Jewish community in New Jersey and nationally in the wake of Tuesday’s shooting inside the JC Kosher Supermarket in Jersey City, which resulted in the deaths of three civilians and one police officer.

The three civilians killed inside the grocery were identified as 33-year-old Leah Mindel Ferencz of Jersey City, a Chassidic woman who owned the store with her husband, Moshe David; Moshe Hersch Deutch, 24, of the Williamsburg neighborhood of Brooklyn, N.Y.; and Miguel Douglas, 49, an employee at the store.

Also killed at the start of the hours-long incident was Jersey City Police Det. Joseph Seals, a 39-year-old father of five.

“We are absolutely devastated by the loss of life and stand side by side with the Jewish community, as well as law enforcement, who are mourning the loss of one of their own,” said the Anti-Defamation League in a statement.

“If this incident was motivated by hate, which news reports indicate, then this is another incident in a long line of violent incidents targeting the Jewish community,” it continued. “This hatred is a disease, and right now we are experiencing an epidemic. Leaders must call out hate wherever and whenever it rears its ugly head, regardless of politics. This is about principle.”

Avi Benlolo, CEO of Friends of the Simon Wiesenthal Center, offered “deepest condolences to the loved ones of the victims of this horrific incident, reminiscent of the attack on a kosher market in Paris several years ago.” The 2015 tragedy killed five people, including the perpetrator, and injured nine others.

Jersey City Mayor Steven Fulop said video footage from the incident made it “clear” that there was an anti-Semitic motive. 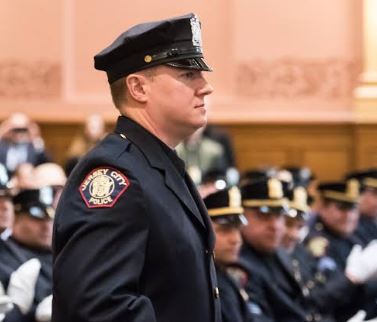 “For too long, the price of anti-Semitism has been too low and this rampage was a direct ramification of the Jew-hatred that has been allowed to fester,” said Brooke Goldstein, executive director of The Lawfare Project. “Jewish people deserve to be able to walk in their neighborhoods, go to school and own businesses without fear of violence. I am devastated for the victims of this horrific act and outraged for the families of those lost. We must stand up in defiance of this act of hate and shine a bright light in the face of anti-Semitism.”

American Jewish Committee New Jersey regional director Rabbi David Levy said “this tragic event reminds us that continued vigilance is essential in this time of a disturbing rise in anti-Semitic incidents across the country and here in New Jersey. We are deeply grateful for the swift response by law enforcement, Governor [Phil] Murphy, Attorney General [Gurbir] Grewal, and other state and local officials.”

“The question: Could we have done something to stop it?”

American Jewish Congress president Jack Rosen echoed such sentiments, noting that “time and time again, anti-Semitic rhetoric online has gone hand in hand with acts of hateful violence. Even in New York and New Jersey, among some of the world’s most vibrant Jewish communities, anti-Semitic acts of violence have become largely normalized. The question is: Could we have done something to stop it?”

Bend the Arc: Jewish Action CEO Stosh Cotler said, “We are heartbroken by yesterday’s tragic shooting at a kosher market in Jersey City. We once again join together with our Jewish community across the country in mourning for the victims as we experience another unspeakable act of anti-Semitic violence.”

“We also call on Jewish communal institutions and spaces to be mindful of how their responses to violence can be dangerous or unwelcoming to Jews of color,” she added. “We reaffirm our vision of an American Jewish community that is fully inclusive of Jews of all races and ethnicities, and we remain in steadfast solidarity with our allies to build a multiracial democracy where all of us can live, love and thrive.”

“Anti-Semitism has always been a torment that Jews have been forced to reckon with for centuries. However, its resurgence in the United States and abroad is alarming for a new reason—the degree to which the mainstream of civil society has seemingly tolerated, without loud and sustained outcry, the most blatant acts of intolerance,” said Orthodox Union executive vice president Allen Fagin.

“Acts of violence like this are unfortunately too common in our society today and should be condemned by all,”added Orthodox Union president Moishe Bane. “We call upon local and state authorities to increase efforts and resources to combat anti-Semitism.”

The post Sadness and loss after three civilians, one police officer gunned down in Jersey City appeared first on JNS.org.

The four victims included a grocery store owner, a young student, and a courageous police officer.