Israel is sending its largest-ever Olympic delegation of 89 athletes to the Tokyo Olympics set for July 23 to August 8. And we’re sending 32 athletes to Tokyo for the Paralympics  from August 24 to September 5.

Do any of these contestants have a good chance of bringing home a medal? It’s a good question.

Israel is sending its largest-ever Olympic delegation of 89 athletes to the Tokyo Olympics set for July 23 to August 8. And we’re sending 32 athletes to Tokyo for the Paralympics  from August 24 to September 5.

Do any of these contestants have a good chance of bringing home a medal? It’s a good question.

Israel has won just nine medals in 16 Summer Olympic Games: five bronze and one silver in judo, a bronze in canoeing, and a bronze and a gold in sailing.

In contrast, our Paralympic athletes have earned 123 gold, 123 silver and 129 bronze medals since 1964. However, the competition has gotten stiffer in recent years. At the London 2012 Paralympic Games, Israel won eight medals including its first gold in wheelchair tennis.

In 2016, the Paralympic team came home with just three bronze medals, won by Moran Samuel in rowing, Doron Shaziri  in shooting and Inbal Pezaro in swimming.

Like everyone else, Halickman has his eye on Linoy Ashram, 22. She won gold medal and bronze medals in the 2021 Rhythmic Gymnastics World Cup, among her many other medals.

This weekend, she won a further five gold medals at the Rhythmic Gymnastics Grand Prix in Tel Aviv for ball, hoop, clubs, ribbon and all-around contests.

“Linoy is currently the world’s No. 1 rhythmic gymnast based on competitions that took place in the past few months,” Halickman says. “She is one of the big hopefuls for the Israel Olympic Committee.  She was really gearing for summer 2020 and there was a concern that she would lose that level of achievement, but a year later she’s only gotten better.”

However, he notes, Ashram will be up against the Russian twins Arina and Dina Averina, who are widely expected to medal.

“So it won’t be easy,” says Halickman. “You’ve got to have a perfect performance; one mistake and you’re finished.”

Ashram will do one of her routines to a version of “Big in Japan,” a 2013 song by Alphaville. Indeed, Halickman concludes, “I feel she is going to be big in Japan.”

In judo, Sagi Muki, 29, is the reigning world champ in his under-81kg weight category and is coming into the Tokyo Games as a realistic medal contender. 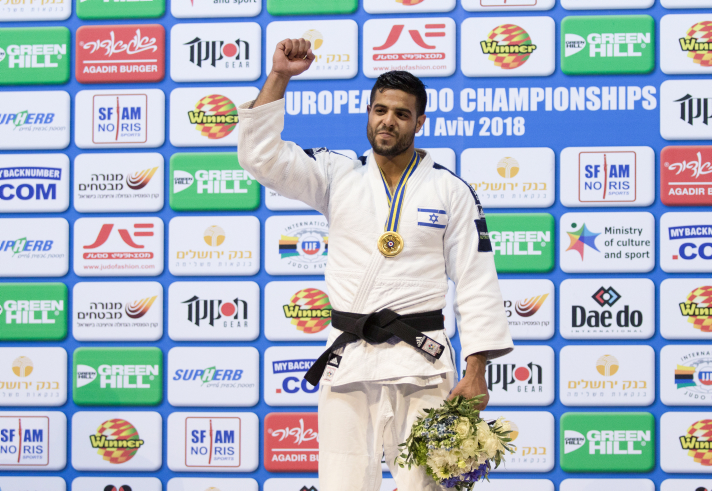 Israel’s Sagi Muki on the podium after winning gold in the men’s “under 81 kilogram” weight category during the European Judo Championship in Tel Aviv on April 27, 2018. Photo by Roy Alima/Flash90.

“But he has not performed as well as he would have liked to in the past half year,” says Halickman. “He’s taken medals at minor competitions but not up to par compared to before the pandemic.”

Israeli judoka Peter Paltchik, 27, “has been at the top of his game over the past half year and has maybe a better chance than Sagi,” he says. 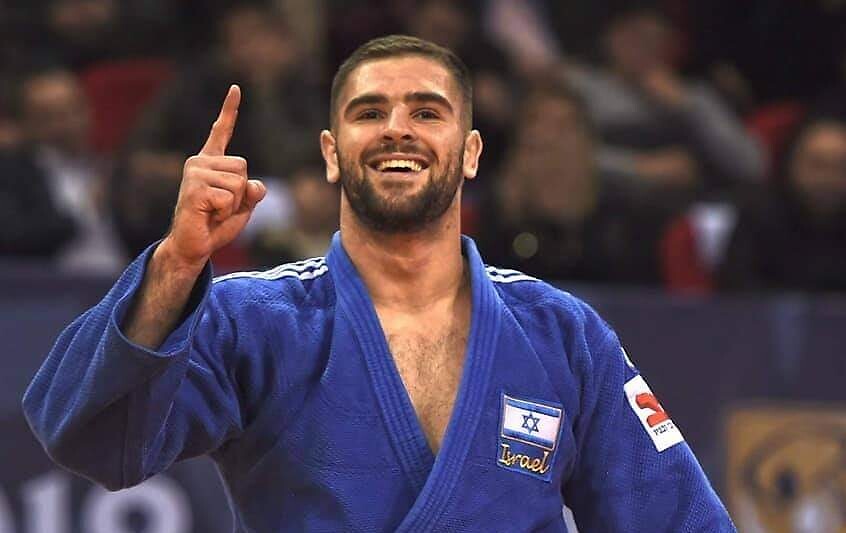 Aside from those three, Halickman mentions a few athletes who could surprise everyone and win a medal.

One is female judoka Timna Nelson–Levy, 27, who won the 2021 Tel Aviv Grand Slam in the under-57kg category. Another is swimmer Anastasia Gorbenko, only 17, who won a gold medal at the 2021 European Championships. 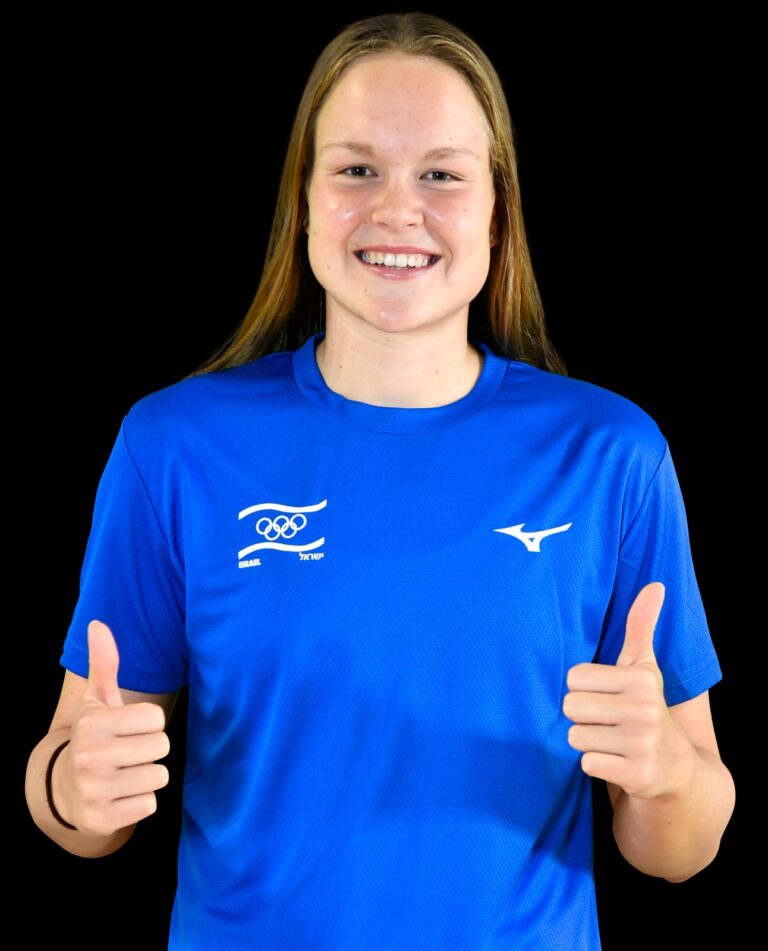 “Anastasia will compete in a slew of different swimming events. It’s the first time in ages Israel has a swimmer taking part in so many different categories,” says Halickman.

Perhaps the most anticipated Israeli Olympic event, however, will be baseball. And with only six teams in the competition, Team Israel has a 50-50 chance of winning a medal, Halickman points out. 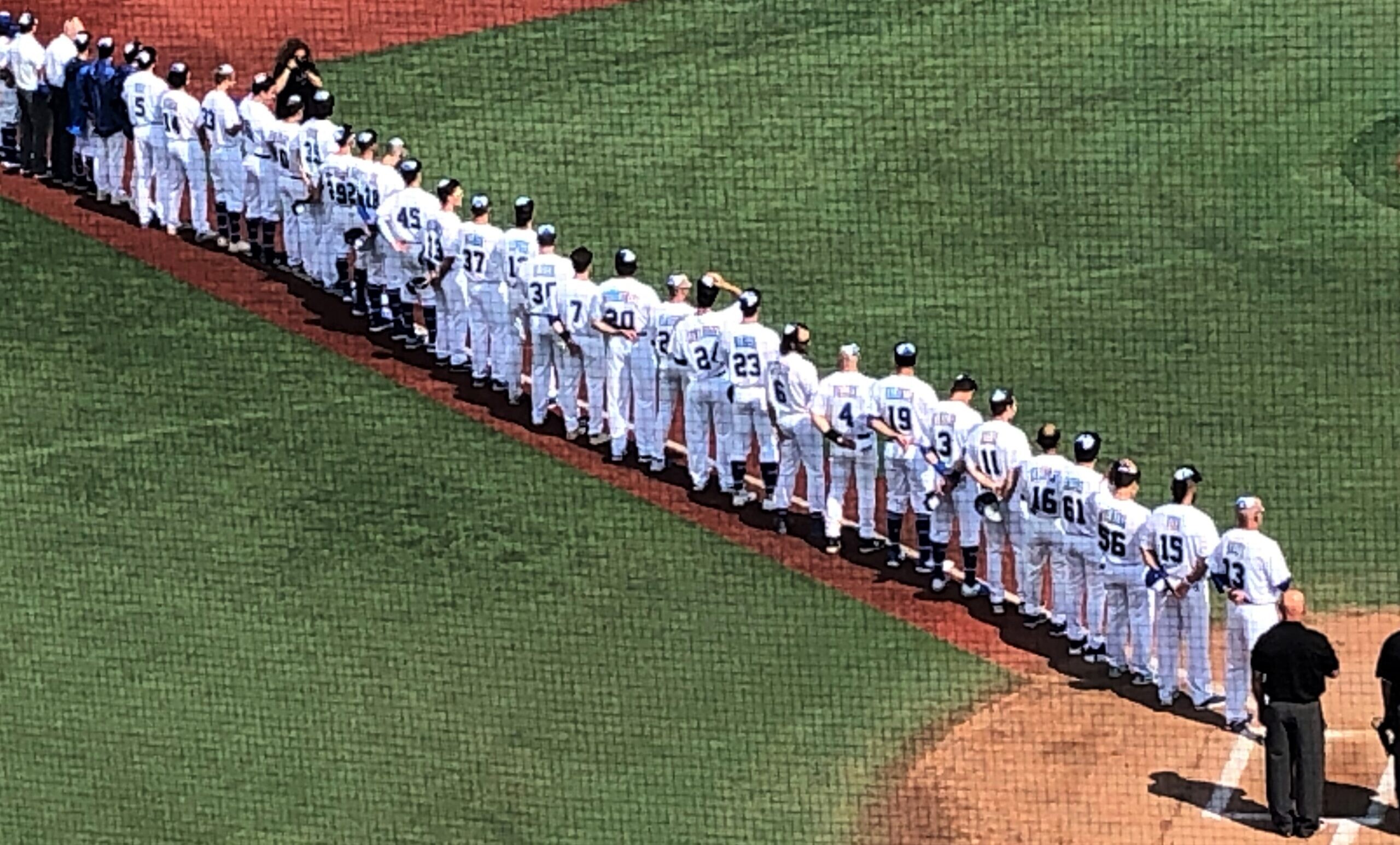 Team Israel in Brooklyn, N.Y., on July 11, 2021, before they are off to the Tokyo Summer Olympics. Photo by Howard Blas.

“It will be a top-level competition because they’ll be playing against world heavyweights like the United States, Japan and Mexico,” says Halickman.

“Whenever Israel goes to the Olympics, Jews around the world want Israel to succeed,” he adds. “But baseball is unique because it’s so American and this team is primarily American immigrants. They understand it’s a huge responsibility to represent the Jews in the diaspora.”

Bottom line? “Israel could walk away from the Olympics with a half dozen medals or none. Nothing is guaranteed in sports.”

Just as in the 2016 Rio Games, Israel’s Paralympic team is anticipated to do well in shooting, rowing and swimming in Tokyo. 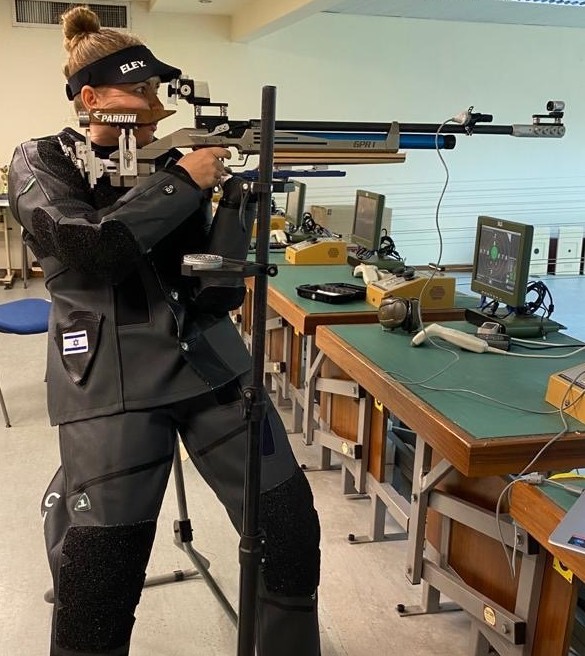 Shaziri, 54, has won five Paralympic silver medals and three bronze medals over seven Paralympic Games. His teammate Yulia Tzarnoy, who won a bronze medal at the last World Championships, also has a reasonable shot (pun intended) at medaling in Tokyo.

Today, and everyday, we look up to Moran samuel as #MyILWomanHero!At 24 years old, Moran woke up one day without being able to move! She fought hard, did not let her disability define her, and became a Paralympic champion in both basketball and rowing. #inspiration #IWD2021(Video from 2014)

In swimming, the ones to watch are world champions Mark Malyar, 21, and Ami Dadaon,  20. 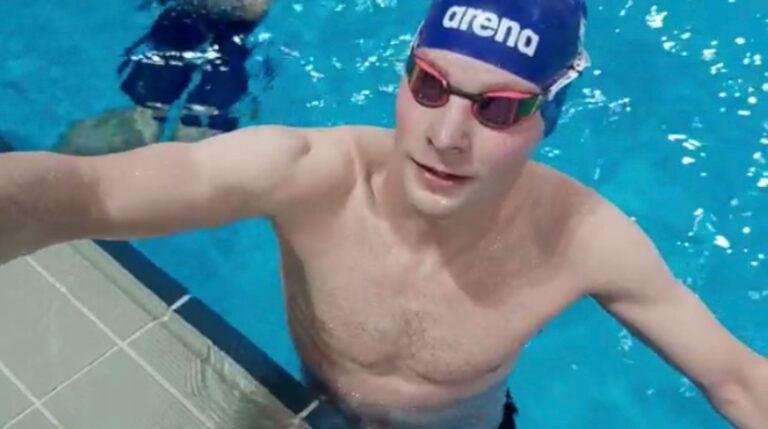 Malyar set a world record at the 2021 World Para Swimming World Series Finale in the men’s 800-meter freestyle in his disability class, breaking his own record set in 2019 by more than 13 seconds.

To help Israelis get pumped for the Paralympics, the Telma cereal company is featuring the photos and stories of three Paralympic athletes on a special edition “Cornflakes of Champions” package.

This article was first published by Israel21c.

The post Which Israeli athletes have a shot at the Olympic podium? appeared first on JNS.org.