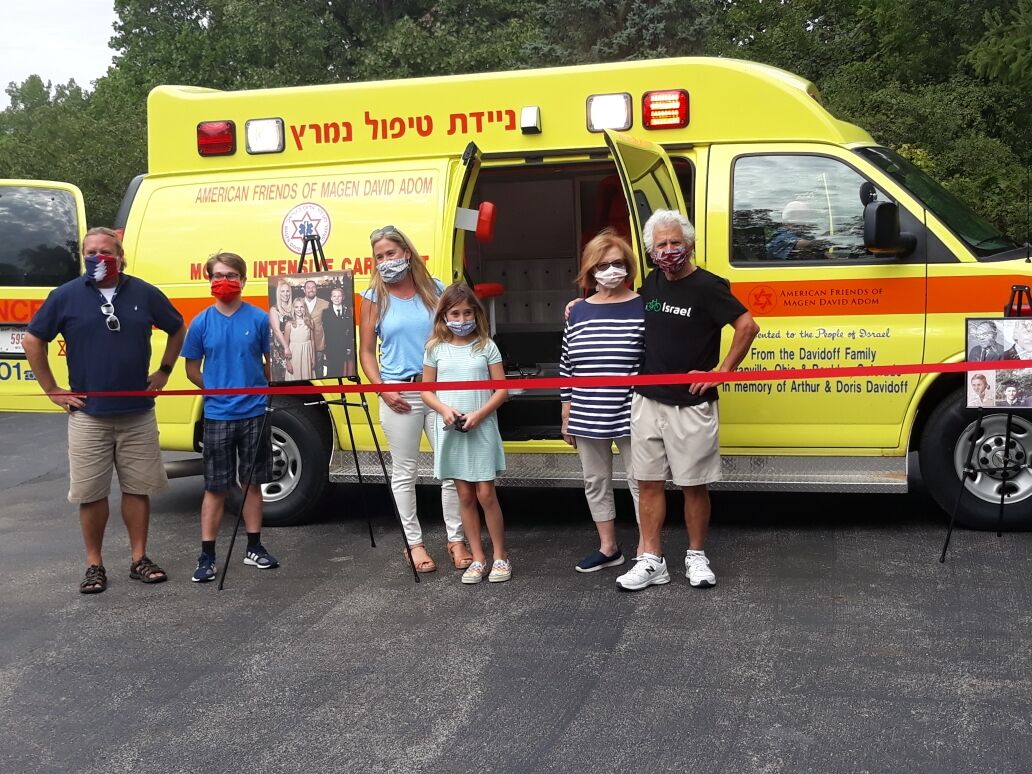 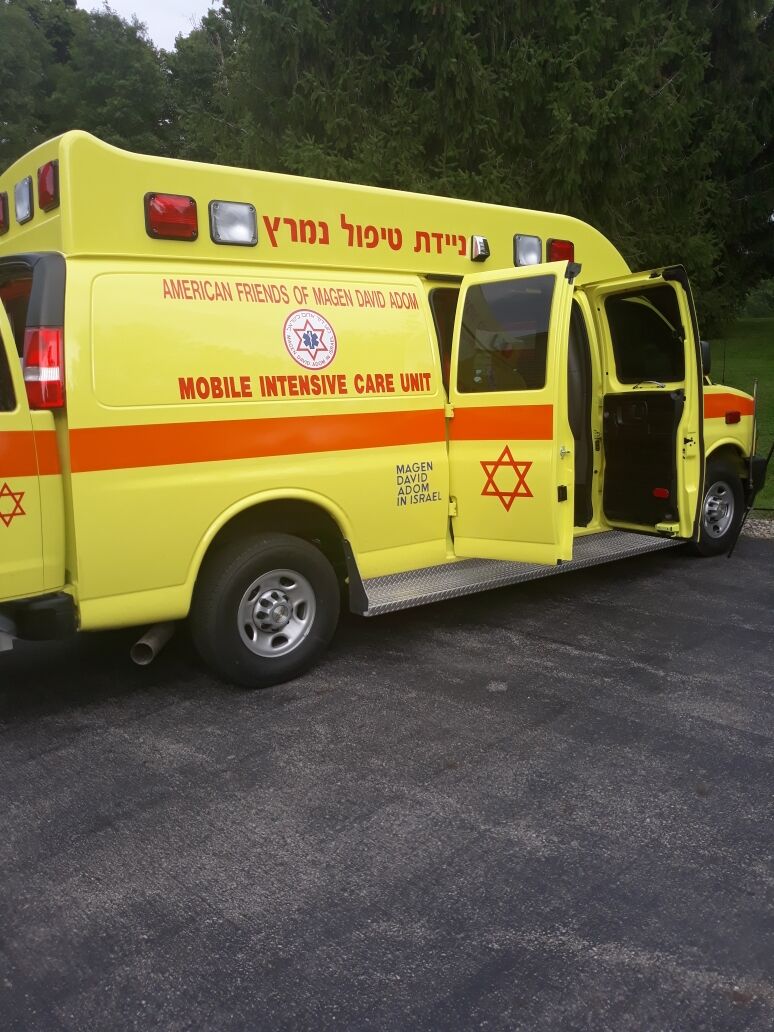 The ambulance donated to American Friends of Magen David Adom by the Davidoff family. 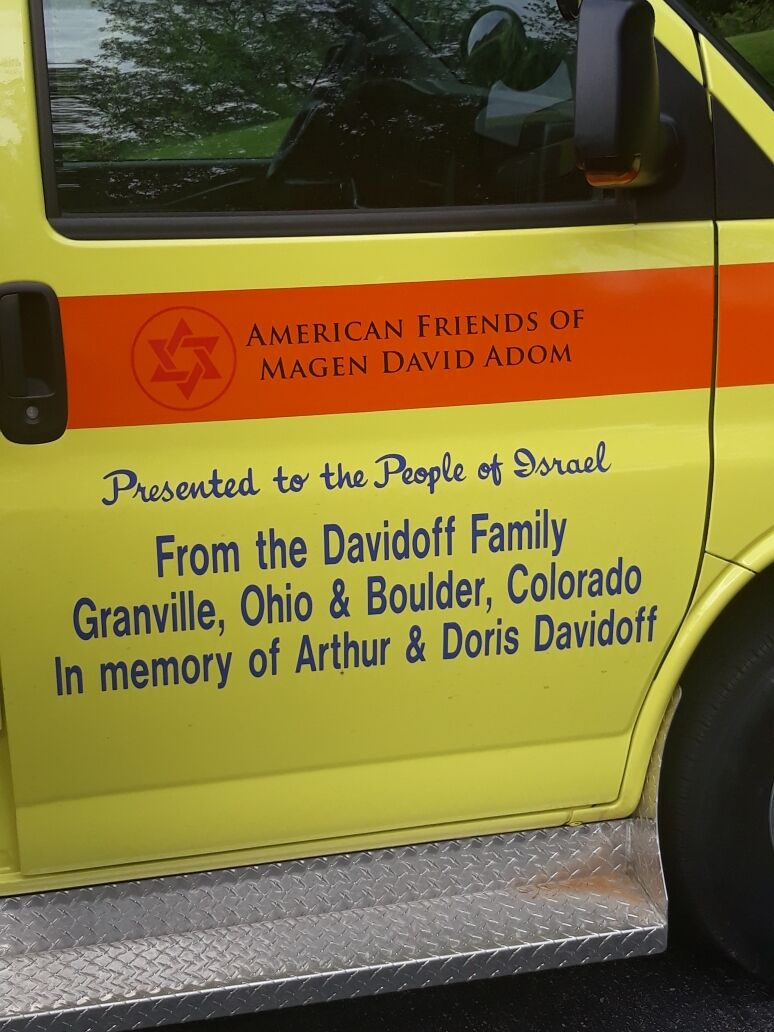 The ambulance is inscribed with the names of its donors. 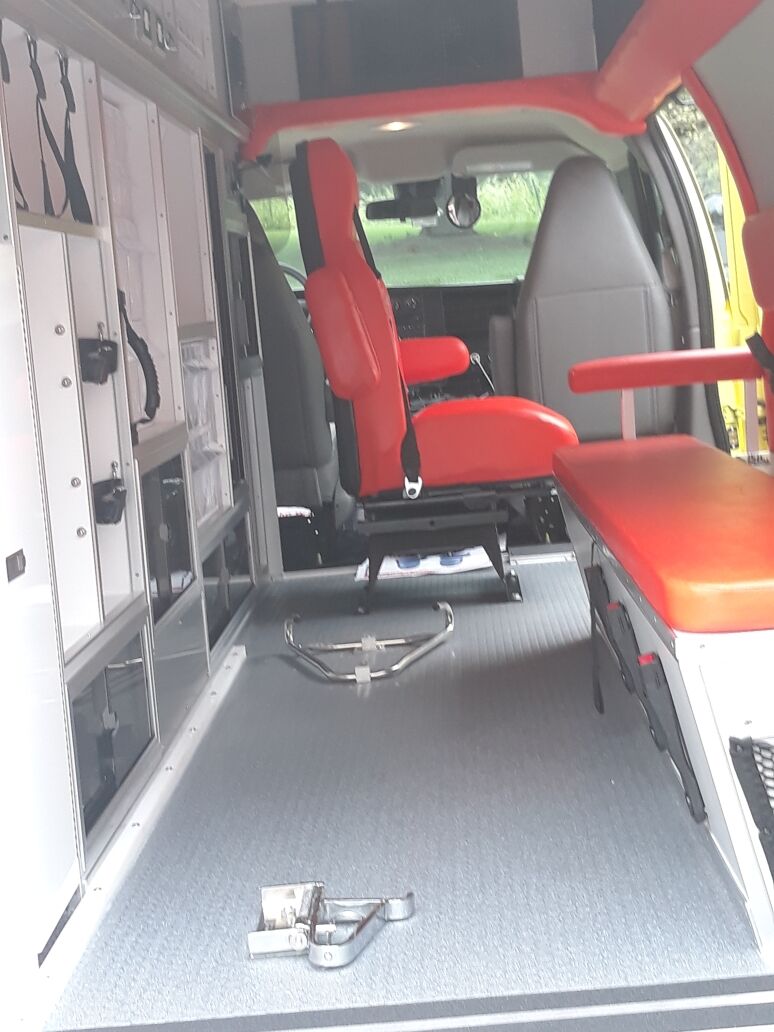 The interior of the ambulance, which is a mobile intensive care unit. 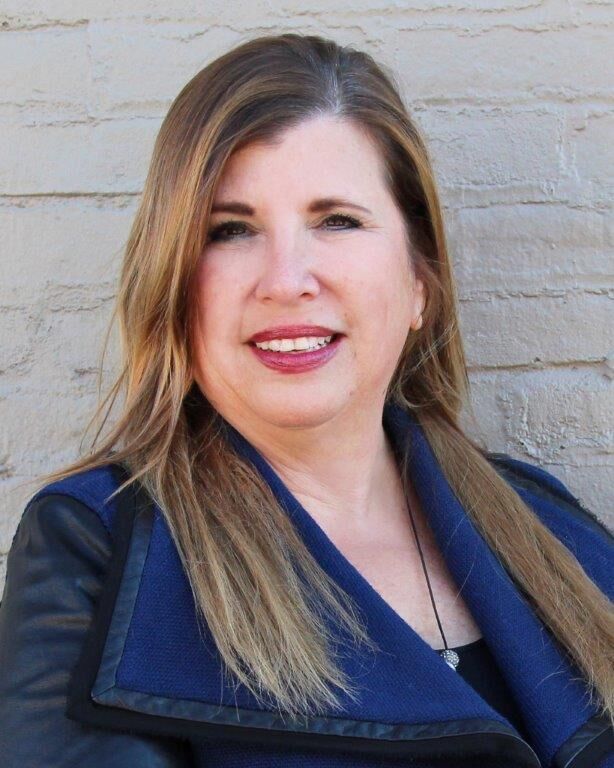 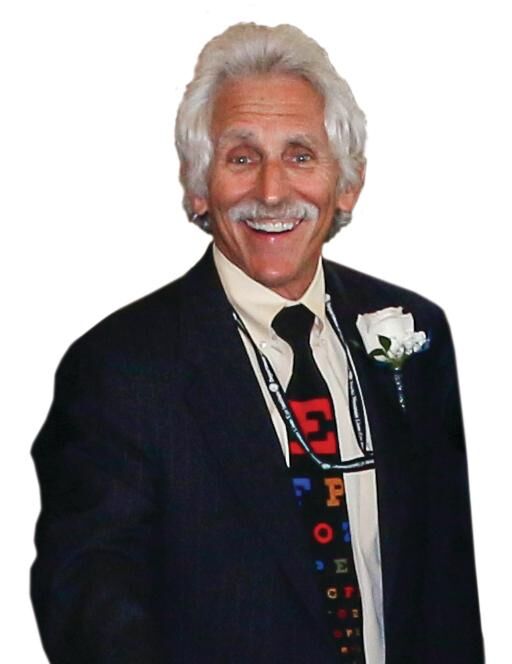 American Friends of Magen David Adom received a rare ambulance donation to Israel from a Central Ohio donor, which the organization celebrated at a dedication with the donor family Sept. 6 in Granville.

According to AFMDA, the donation by the Davidoff family marks one of the first ambulance gifts ever by a Columbus-area donor.

A ceremony was held at the Davidoff residence to officially dedicate the ambulance to Israel, with about 20 people attending. The donation was made in the name of the entire Davidoff family, in memory of Arthur and Doris Davidoff. A plaque was presented to the family, and a ribbon was cut to officially mark the ambulance’s dedication.

The Davidoff family members who live in Granville attend Congregation Beth Tikvah in Worthington. The rest of the Davidoffs reside in Boulder, Colo. The Boulder members of the family were not able to attend the ceremony, but a picture of them was present so they could be recognized.

Also on display at the ceremony was the ambulance, which will soon be shipped to Israel where the necessary technology will be installed.

Dr. Elliot Davidoff of Granville, the son of Arthur and Doris and the patriarch of the donor family, was first inspired to donate while on a family trip to Israel in 2018. During the trip, Davidoff learned that one of his fellow travelers had made a generous contribution.

“One of the people in our group, a woman from Connecticut, donated an ambulance,” Davidoff said. “We had a little ceremony, they thanked her and we had an EMT speak. My wife said, ‘That’s a nice idea, we should do that.’ That was almost two years ago now.”

With this idea in mind, Davidoff again traveled to Israel in 2019, this time for his biannual bicycle ride in the country. Once again, he encountered a person who inspired the idea of donating an ambulance.

“We’d been thinking about it and talking about it … I was sitting on the bus getting us from point A to point B where our bikes would be started, and I was talking to a woman from California,” he said. “She mentioned that she serves on the local board of the AFMDA.”

Davidoff saw the opportunity he needed. After going over their options, he and his wife, Margie, decided to donate a mobile intensive care unit, which he describes as a “really tricked-out ambulance with the highest-tech stuff inside.”

The ambulance will be particularly significant to Israel now, as the nation is dealing with an ambulance shortage due to the COVID-19 pandemic.

“The Israeli Ministry of Health has MDA (with) the leading role in responding to the coronavirus outbreak,” said Darcee Cohen, AFMDA’s development coordinator for the state of Ohio. “What’s so important about this ambulance right now is that there’s a shortage of ambulances because many of the ambulances have had to be converted to transport the COVID patients.”

An interesting feature of the donation program is that the Davidoff family will get to see tangible evidence of the good their ambulance is doing in Israel. A log is kept to track the ambulance’s activity, and every time it is used, the family will receive a report.

“I’m hoping that the ambulance is never used and nobody gets sick,” Davidoff said. “But the reality is that ... people do get sick and they do have accidents, so hopefully it will do some good.”

Ben Blotner is a freelance writer from Westerville.