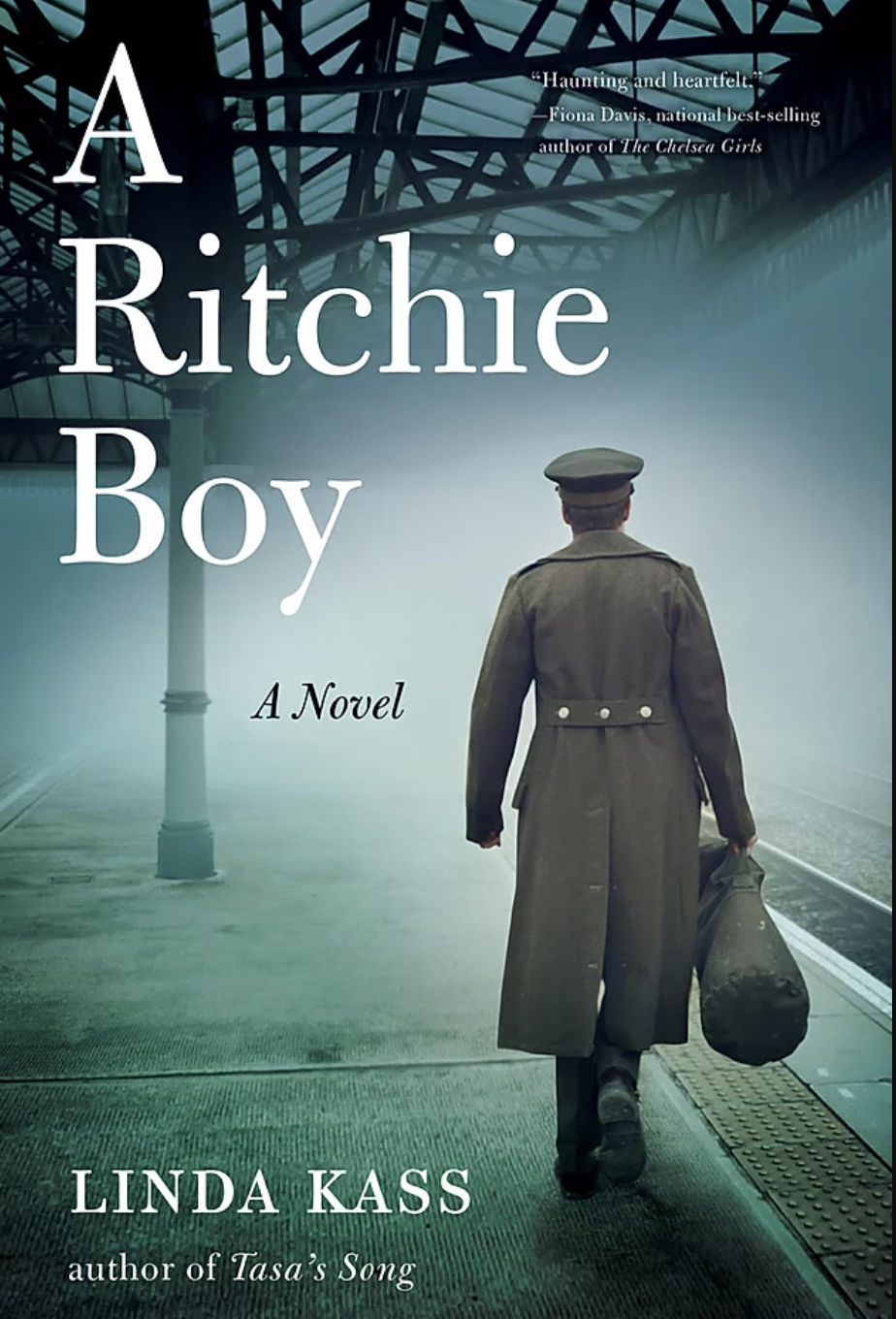 Linda Kass has always been a storyteller.

Her second novel, “A Ritchie Boy,” which will be published Sept. 1 by She Writes Press, dives into her own family’s history. While parts of it are fictional, the book’s plot is based on the World War II story of Kass’ late father, Ernest “Ernie” Stern.

“My background as a journalism major made me the family historian,” said Kass, owner of Gramercy Books in Bexley, where she also resides.

In 1938, Stern and his family escaped Austria just before that nation was invaded by Germany. His family moved to Columbus, where Stern graduated from Central High School.

Immediately following graduation, Stern enlisted in the U.S. Army. He became a Ritchie Boy, which was a group of specially trained military intelligence officers. Like Stern, many Ritchie Boys were German-speaking immigrants who had made their way to the United States to flee Nazi persecution. They earned their nickname because they were trained at Camp Ritchie in Hagerstown, Md.

In 2007, Linda and her sister Estelle, who lives in Columbus, began discussing how to mark their parents’ 60th anniversary the following year.

“We decided we needed to do something special,” Kass said, adding she had recently taken creative writing workshops that taught her how to transform written notes into a cohesive story.

Kass, a member of Temple Israel in Columbus, had written snippets of stories her parents told her throughout her life, with her mother being the more talkative of the two, but she didn’t feel like she had their complete story. So, “I sat them down to record their history,” said Kass, who was 29 at the time.

At their 60th anniversary celebration in June 2008, Kass presented a spiral-bound booklet to her parents featuring the stories they had told her as she grew up. She had typed the stories on an electric typewriter, she recalled, laughing.

Then, several years ago, Stern showed Kass a letter announcing an upcoming reunion of Ritchie Boys. She had never heard of the term and had not known of her father’s involvement. The investigative journalist did what came naturally – she researched.

In doing so, she learned, among other things, there were television shows that featured Ritchie Boys. She soon began to understand the magnitude of her father’s Holocaust survival story and army service.

“One man fled one homeland to join the army of another” nation, she said, adding she is proud of her father’s role in World War II, which she described as working undercover and in intelligence to “help our Allies win.” Her father died in 2017.

Kass, who holds a master’s degree in journalism from The Ohio State University in Columbus, published her first novel “Tasa’s Song,” in 2016.

When she released “Tasa’s Song,” a large, festive gathering was held in downtown Columbus. However, due to coronavirus, “A Ritchie Boy’s” arrival won’t be as lavish or boisterous. Kass said she is taking a “wait and see” approach to how she will celebrate the book’s release, but she plans for it to be virtual.

Kass said for her, the best part of writing the novel was the writing process itself.

“I love the process,” she said. “I loved writing this book. It gave me a deeper understanding of some of my father’s experiences.”

Tami Kamin Meyer is a freelance writer from Bexley.

Gramercy Books owner and author Linda Kass will launch her second novel, “A Ritchie Boy,” with a Zoom webinar at 7 p.m. Sept. 15.