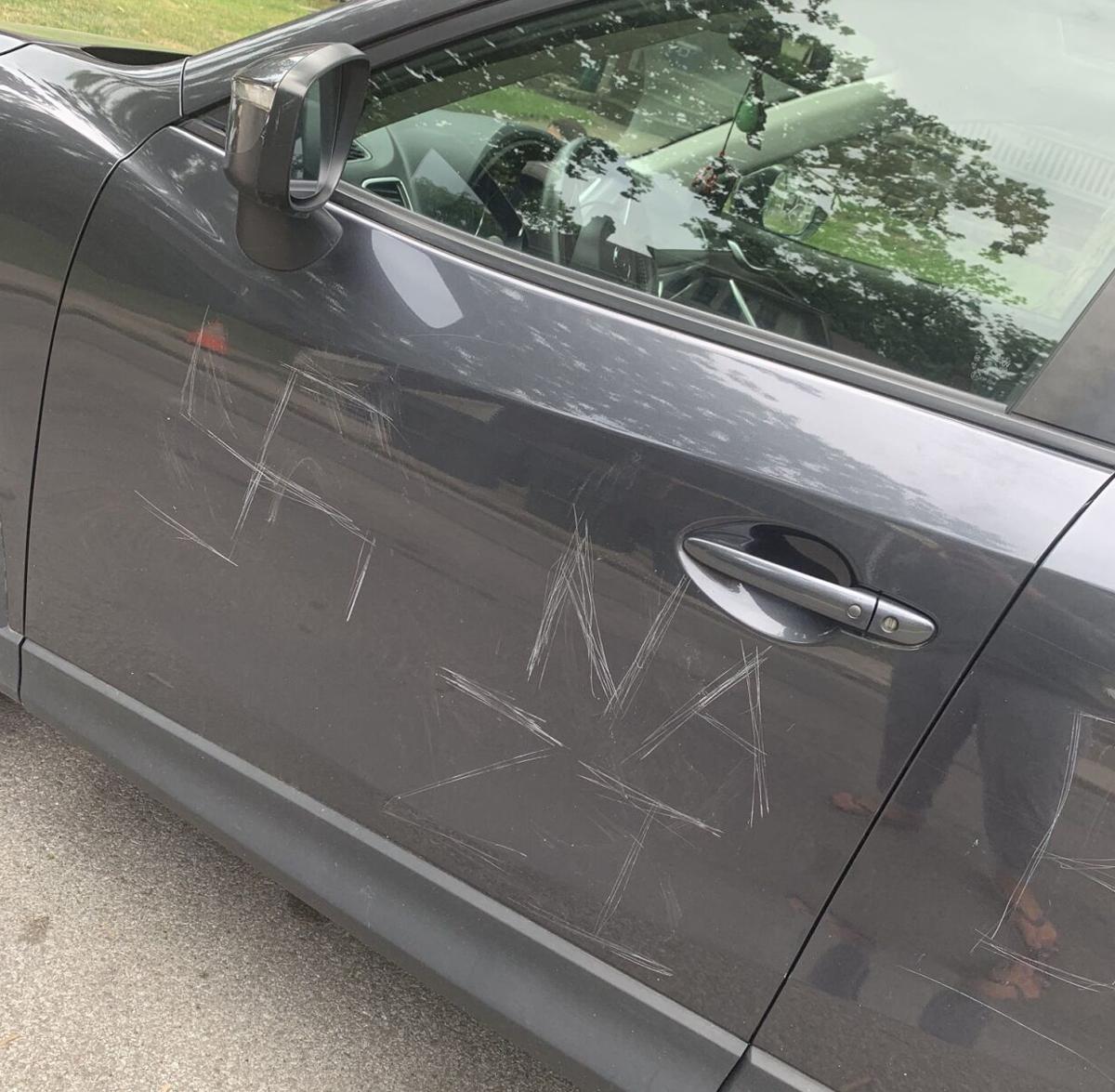 Some of the vandalism done to Christie Cannon’s car consisted of a scratched-in swastika and the word “Nazi.” 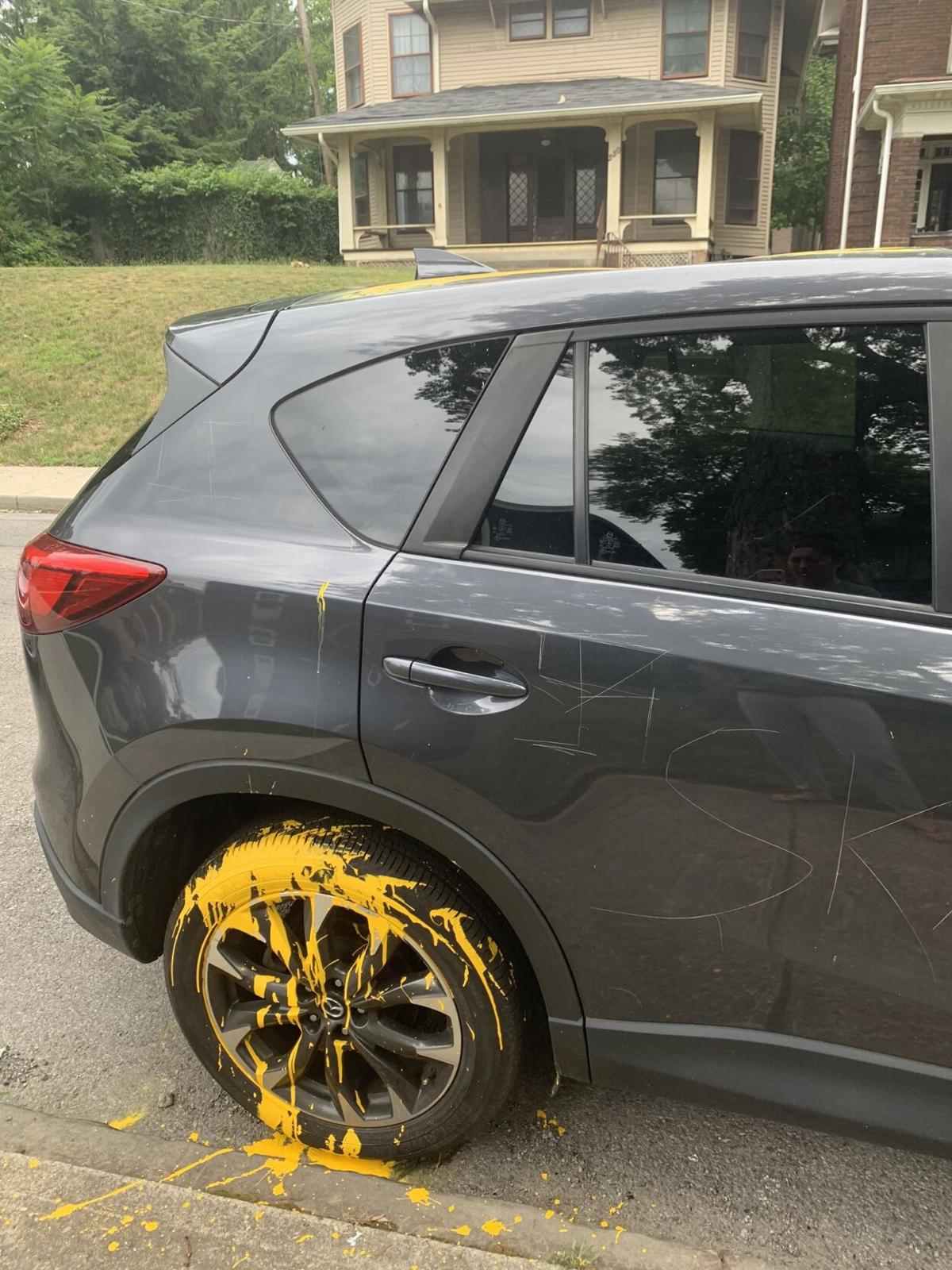 Some of the vandalism done to Christie Cannon’s car consisted of a scratched-in swastika and the word “Nazi.”

A car parked near The Ohio State University in Columbus was vandalized with swastikas and anti-Semitic and vulgar phrases spray painted and scratched into the exterior July 22.

The phrases included “I love Nazi,” and the car was also splattered with yellow paint.

Christie Cannon, a recent Ohio State graduate, had left her car parked at East 18th Avenue and Indianola Avenue when an unknown suspect vandalized her 2016 Mazda CX5 between 4 a.m. and 1 p.m., according to a police report by Columbus Division of Police officer Ace Trask. Upon discovery of the vandalism, she called Columbus police, the report said.

Neighbors said they heard car alarms at around 4 a.m. as other cars were broken into at the same time. Cannon’s vehicle had not been broken into.