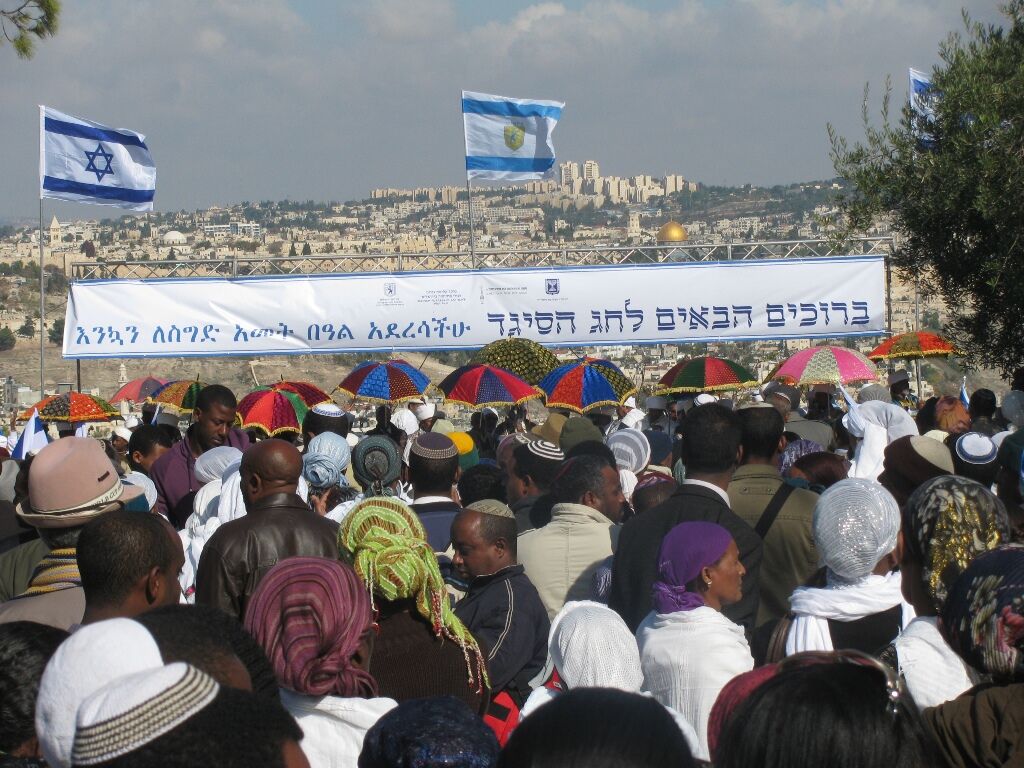 Ethiopian community celebrating Sigd at the Tayelet in Jerusalem in 2011. 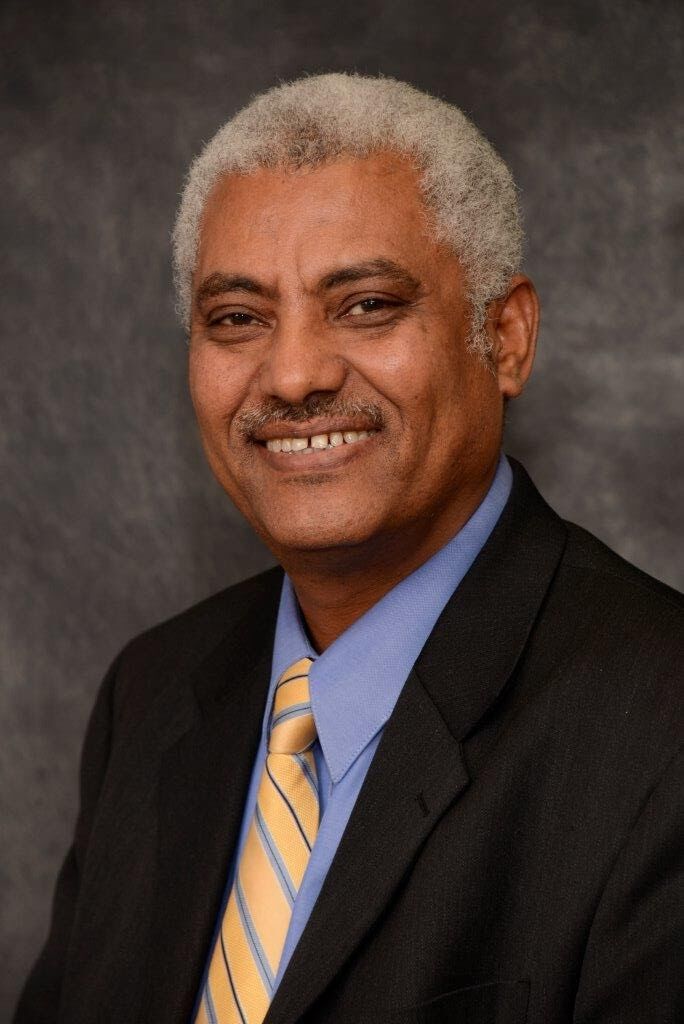 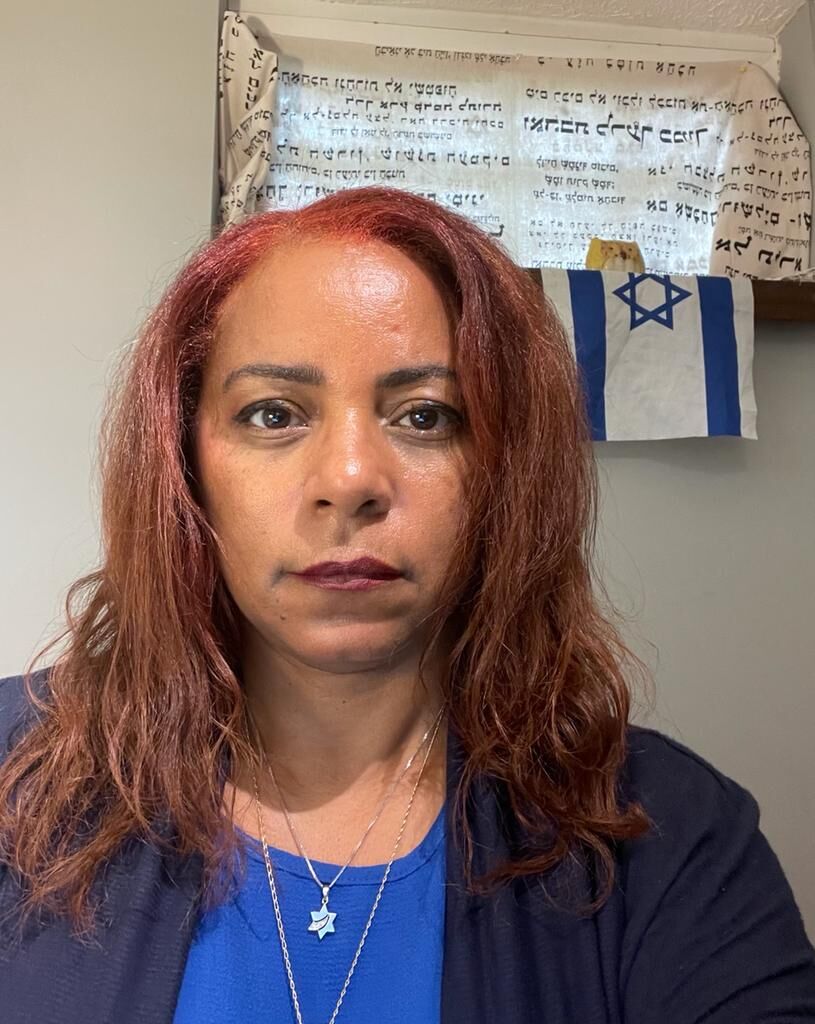 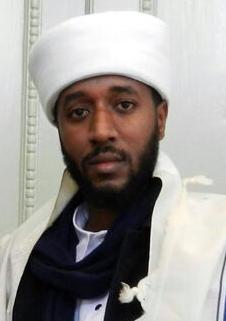 For the first time, the Central Ohio Jewish community will have to opportunity to celebrate Sigd, a holiday where Ethiopian Jews affirm their acceptance of the Torah.

The holiday is celebrated 50 days after Yom Kippur and is marked by fasting and prayer followed by dancing, revelry and breaking the fast. This year, the holiday begins at sunset Nov. 3 and concludes at sunset the next day.

JewishColumbus, Ethiopian Tewahedo Social Services and members of the local Ethiopian community are planning an online program commemorating the holiday at 12:30 to 1:30 pm Nov. 7. The event will feature Efraim Zion Lawi, the first Israeli born qes, or Ethiopian kohen or rabbi. For more information, visit bit.ly/30pXqML.

“It’s really very exciting,” said Dr. Seleshi Asfaw, president and chief operating officer of Ethiopian Tewahedo Social Services. “In Ethiopia, they have been practicing this for a millennium. But, I don’t think that much of the rest of the world knows about this practice.”

He said Ethiopian refugees and immigrants began resettling in the Columbus area in the 1980s. Asfaw estimates there are now between 25,000 and 30,000 Ethiopians living in the region.

Lawi added the observance of Sigd may be new to American Jews, but there are many symbols of the holiday they will recognize.

For example, he said, in Israel the holiday is observed 50 days after Yom Kippur. Participants recite their prayers on the highest available mountain, which they climb stooped over so as not to disturb the stone placed on their backs, representing their sins from the past year. Once prayers are concluded, the stone is thrown as far as possible, taking the individual’s sins with it.

The 50 days, Lawi said, represent the Jews’ time in the desert between leaving Egypt and reaching Mount Sinai and receiving the Torah. The mountain reminds Ethiopian Jews of Moses’ journey to receive the Torah and stooping over reminds them of the reverence with which all Jews should approach a holy place. Throwing the stone, he said, carries the same symbolism of tossing bits of bread into water during the High Holy Days.

“Yom Kippur is very individual,” Avera Samuel said. “Hag Sigd is a community forgiveness. As a community, we are creating unity.”

Avera Samuel was born in Ethiopia and said she has fond memories of celebrating Sigd with her family and friends in her village there. Sigd became an official state holiday in Israel in 2008.

“I am so excited about the holiday,” she said. “This is the first time celebrating it here. It’s something really very unique as an Ethiopian Jew to mark this holiday.”

With ongoing discussions about racial equality and social justice taking place at all levels in the community, Avera Samuel said it seems like the perfect time to introduce the holiday to American Jews.

“The message for the Ethiopian community and the Jewish community of Central Ohio is that it’s a good time to learn about each other and our commonalities,” Avera Samuel said. “Sharing this holiday with American Jews is an opportunity to demonstrate the diversity of the Jewish community both in the United States and around the world.”

Lawi said Ethiopian Jews are just one of many diverse ethnic groups that make up world Jewry. It is important, he said, for those groups to learn about and interact with each other.

“Most of the Jews from the United States are from Europe and may think that Jews all over the world practice just like in Europe,” Lawi said. “But there are all kinds of Jewish communities in the world.”