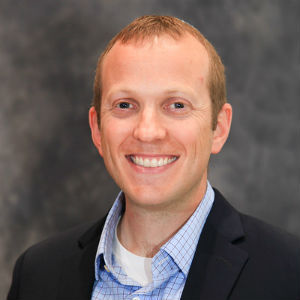 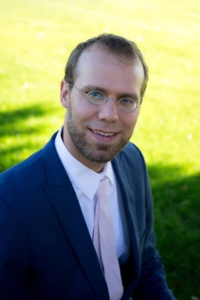 Rabbi Tuly Weisz, formerly of Beth Jacob Congregation in Columbus, and his media company Israel365 will soon be launch a 20-city interfaith network between Jews and evangelical Christians to build support for Israel.

This effort is borne out of both his experiences working with other faiths while in Columbus and concerns about growing criticism and skepticism of Israel from younger people, he told the Columbus Jewish News.

Weisz said that he originally realized the evangelical community’s passion for Israel in 2010 while teaching classes at the JCC of Greater Columbus about the biblical significance of Israel. Many evangelicals attended and showed a real passion for the subject, he said. That led him to start his media company Israel365 to connect with that community when he made Aliyah in 2011.

This connection is even more important now as, after the latest conflict with Hamas, younger evangelicals are showing less support for Israel, he said. But, Weisz said he believes there is still a lot of support amongst evangelicals as evidenced by 100 Christians who attended a recent solidarity Shabbat.

The June 26 Shabbat hosted by the Rev. David E. Swaggerty, pastor of CharismaLife Ministries in Whitehall and Pastor David C. Forbes Jr., founder of Columbus Christian Center in Columbus was “a love fest ... there was great energy,” Weisz said. These were the same Christian clergy who partnered with Jewish leaders, including Joel Marcovitch, CEO of JewishColumbus, Rabbi Avi Goldstein, senior rabbi of Beth Jacob Congregation in Columbus and Rabbi Areyah Kaltmann, director of Chabad Columbus in New Albany, at a May 23 rally in support of Israel.

The Shabbat was a real “breaking of the ice” between the two communities because it is usually the Jewish community, not the Christians, who schedule an interfaith Israel solidarity event.

Weisz said he wants to build on this by cultivating relationships between local Christian and Jewish leaders throughout the U.S. to rehabilitate Israel’s image.

Weisz is planning to apply the same kinds of partnerships seen in Columbus to 20 cities in several states, including California, Florida, New York, Tennessee and Texas.

“Israel deserves an embassy in every city in every county,” Weisz said.

Those cities will include Columbus, Washington, D.C., San Diego, Seattle, Nashville, Tenn., and Miami, he said. Weisz chose those cities because he has a close relationship with pastors there, each of which have expressed a strong desire to connect with the local Jewish community.

The plan is to have these local interfaith coalitions come together to show their support through a variety of means, from putting Israel flags out on church grounds to having more Bible study that focuses on the importance of Israel to planning more trips and tours of Israel.

Weisz added that he is seeking out Jewish organizations to help establish the organizational structure and help implement this plan. But, he declined to reveal who he was speaking with, citing the sensitive nature of the talks. However, noted that they would be “national Orthodox rabbinical groups.”

Rabbi Stephen E. Slater, head rabbi at Congregation Agudas Achim in Bexley, agrees with Weisz that it is important to engage with the evangelical community. And Slater, given his upbringing in a family of Christian missionaries, brings a unique perspective to the issue.

However, while Slater believes it is important to engage with evangelicals, the discussion should be along theological not political lines. Finding theological common ground will help build deeper bonds between the faiths, he said.

“I think that the best thing we can do to guarantee the future of Israel would be to build these relationships with evangelicals, but not for the sake of their political support” because eventually they will feel as if they are being perhaps used for an ulterior motive. This is much as the Jewish people are skeptical of evangelicals because of concerns that they see the Jewish people as a means to bring about the second coming of Jesus Christ, Slater said.

Also, an alliance based on Israel alone could fall victim to the skepticism of younger evangelicals.

“If you build a political alliance it could be blown up by a younger generation with tougher questions.”

Instead, finding common ground on theological ground allows both faiths to see eye to eye based upon similar reading of the Bible. That kind of bond is much deeper and longer lasting, he added.

In the end, “the politics will take care of itself, they will be our greatest supporters in the world” as long as the theological understanding and mutual respect grows.