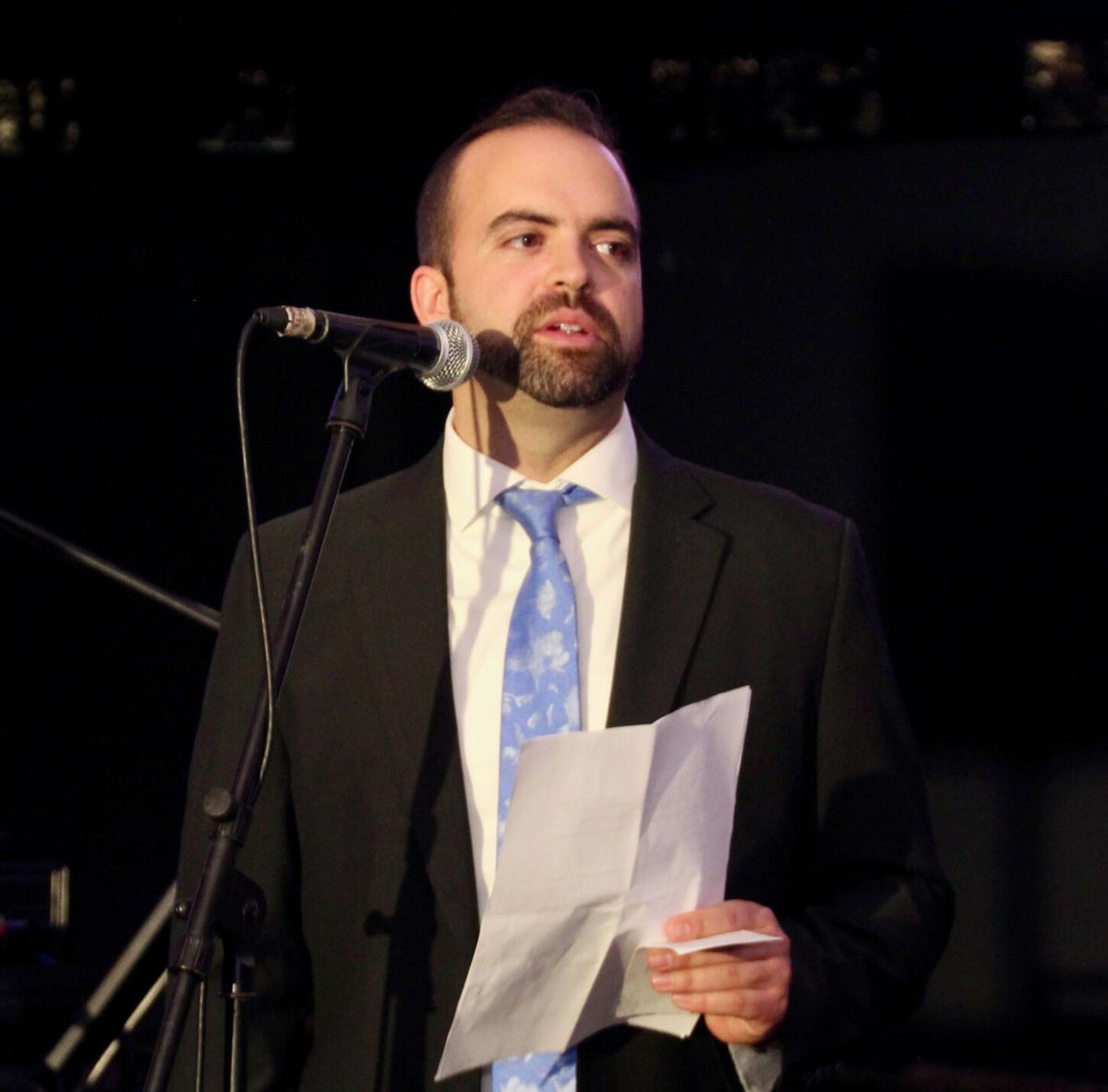 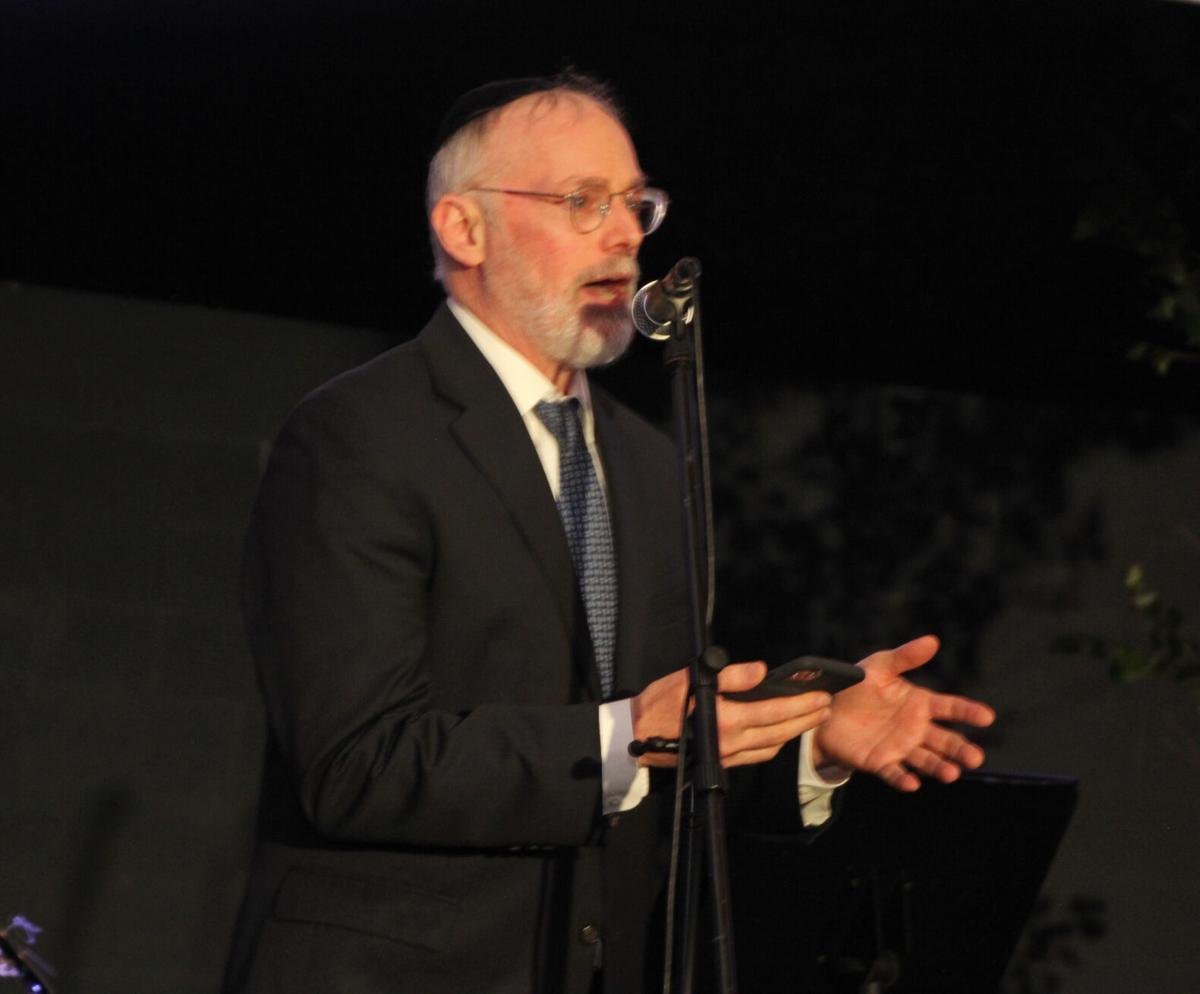 Rabbi Aaron Kotler, president of Beth Medrash Gevoah in Lakewood, N.J., speaks to attendees. His grandfather was the founder of the kollel movement in the 1950s. 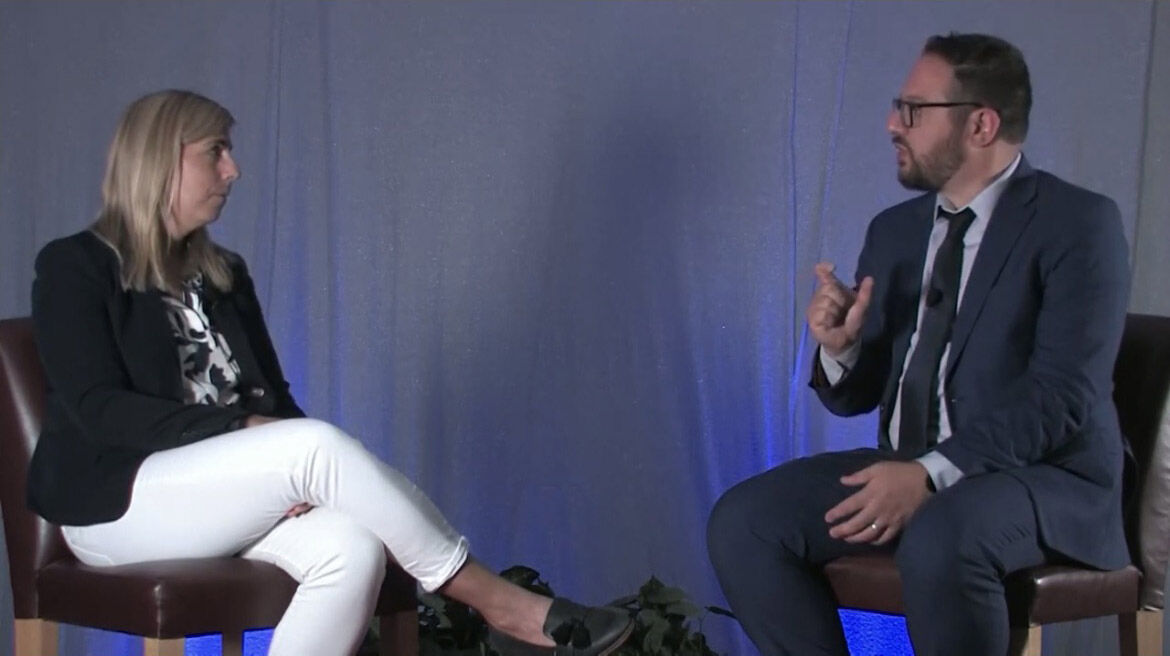 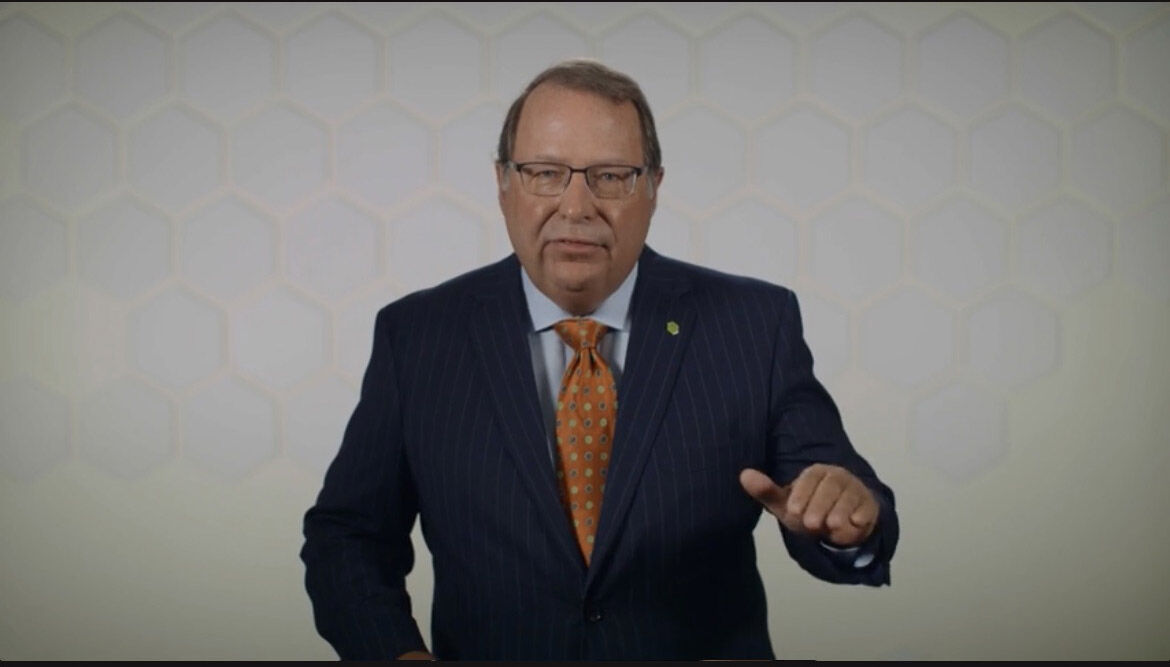 Steve Steinour, president and CEO of Huntington Bank, speaks about his trip to Israel. 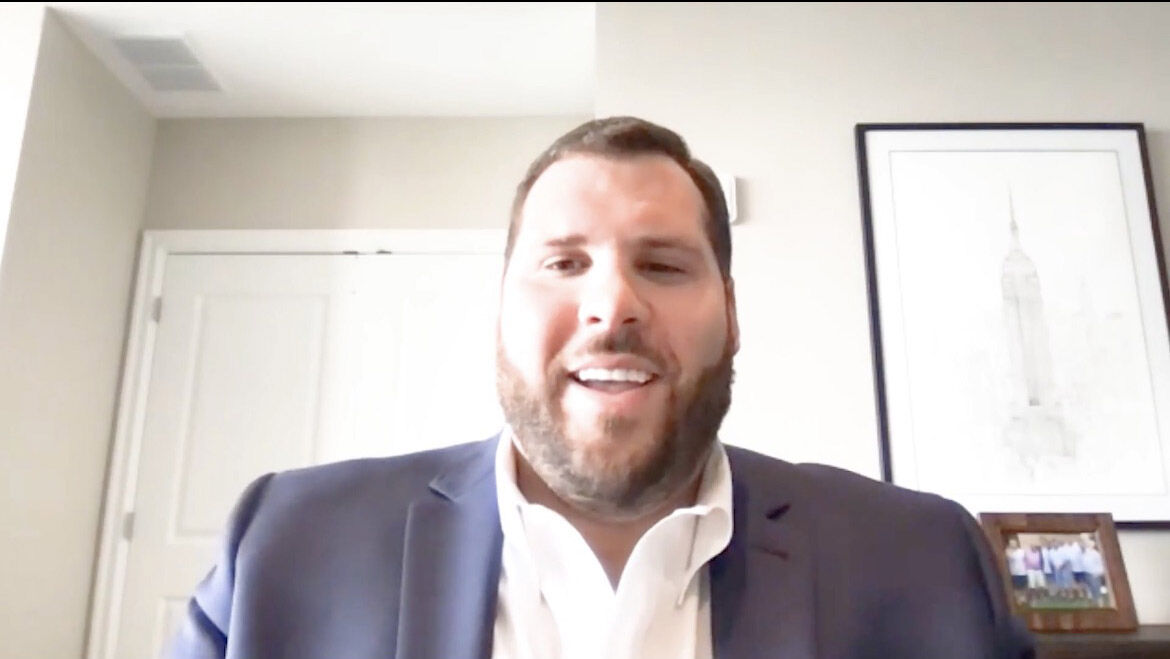 Jared Schiff speaks during the gala. 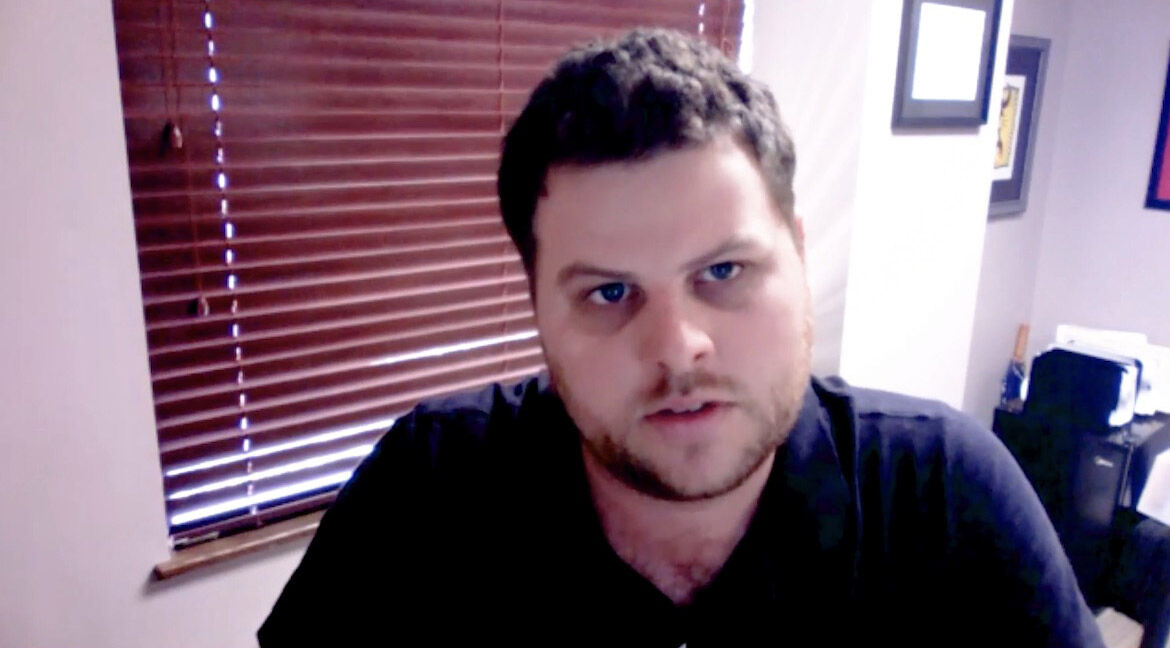 Zach Schiff speaks during the gala.

Rabbi Aaron Kotler, president of Beth Medrash Gevoah in Lakewood, N.J., speaks to attendees. His grandfather was the founder of the kollel movement in the 1950s.

Steve Steinour, president and CEO of Huntington Bank, speaks about his trip to Israel.

Jared Schiff speaks during the gala.

Zach Schiff speaks during the gala.

Columbus Community Kollel in Bexley celebrated its 27th anniversary Sept. 13, with an event that raised over $300,000 while highlighting both the institution’s dedication to bringing Torah study to Jews of all backgrounds and to building connections across generations.

The gala, which was attended in-person by an estimated 150 people outside at Via Vecchia in Columbus, with another estimated 130 attending online, was represented by “every type of Jew from all backgrounds,” Rabbi Hillel Kapenstein, director of the Kollel, told the Columbus Jewish News.

Such diversity is a point of pride for the kollel as this mirrors the intent that the Torah be studied by all, he said.

“The Torah was given on Mount Sinai ... with the intention for every single Jew to be engaged, participate, connect with and study,” Kapenstein said. “And it’s therefore our job and our duty to make sure that every single person has the same opportunity to connect, whether it’s a study partner or a class.”

Kapenstein said the Kollel surpassed its $300,000 fundraising goal for the event and funds are continuing to come in. These funds include a $60,000 pledge from JewishColumbus, up from $25,000 last year, and $18,000 from Madison Title Agency.

He added the theme of this year’s gala was l’dor v’dor, or generation to generation, which was evident in two accomplishments the kollel celebrated this year: the rise of young leadership and building a long-term relationship with Madison Title.

Young leaders are coming up in the kollel, joining its board and providing contributions to support its mission, Kapenstein said. These leaders include Jared Schiff of Schiff Properties and Zach Schiff of Schiff and Associates law firm. Schiff Properties real estate development company is one of the largest owners of commercial property on The Ohio State University’s campus.

This youth movement is “setting a standard and a shining example ... of what young leadership can do,” Kapenstein said.

The kollel also celebrated its growing relationship with Madison Title, a Lakewood, N.J.-based full-service title agency facilitating real estate transactions, according to its website. It partners with local Jewish communities around the country when they open new offices, Kapenstein said. Its Ohio office is based in Beachwood, a suburb of Cleveland.

Rabbi Jon Savage, who works in business development for Madison, which is in its second year supporting the kollel, served as the evening’s emcee. During his emceeing duties, Savage took the opportunity to thank Rabbi Henoch Morris, who started the kollel in the mid-1990s.

The kollel has also gained the support of Huntington Bank, with Steve Steinour, the bank’s president and CEO, attending the gala virtually. Steinour noted his friendship with Gary Torgow, the bank’s chairman, including their trip to Israel, as motivating his institution’s support of the kollel. Torgow is active with the kollel.

“Traveling to Israel with Gary taught me about the Jewish people and the relationship they have with Torah study,” Steinour said in a statement. “I understand Gary has become a vital member of this organization and I’m thrilled to be his friend, and now his colleague at Huntington.”

This is the first year Huntington has provided financial support to the kollel, Kapenstein said.

The Columbus Community Kollel in Bexley celebrated its 27th anniversary Sept. 13 with a gala punctuated by music and praise from community lea…