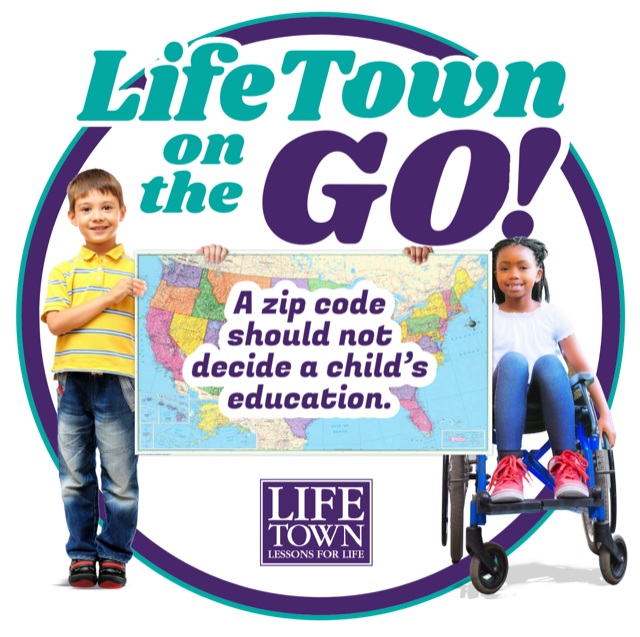 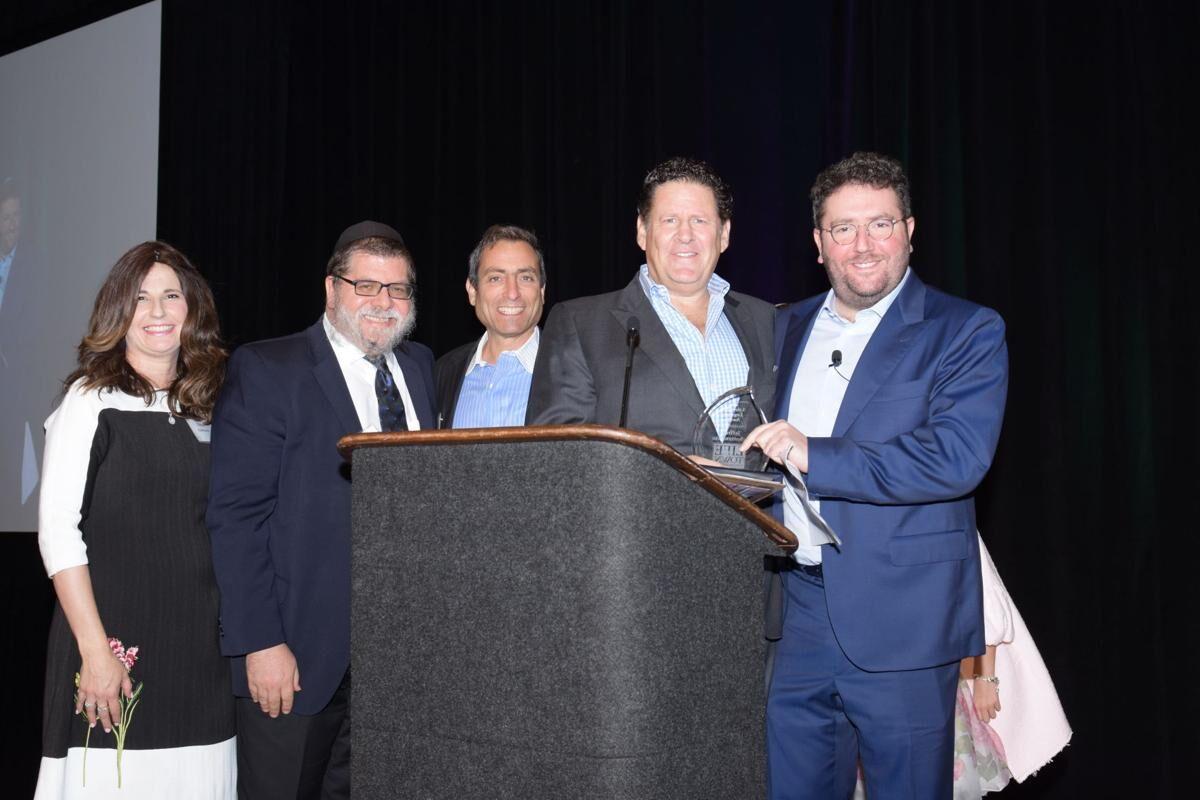 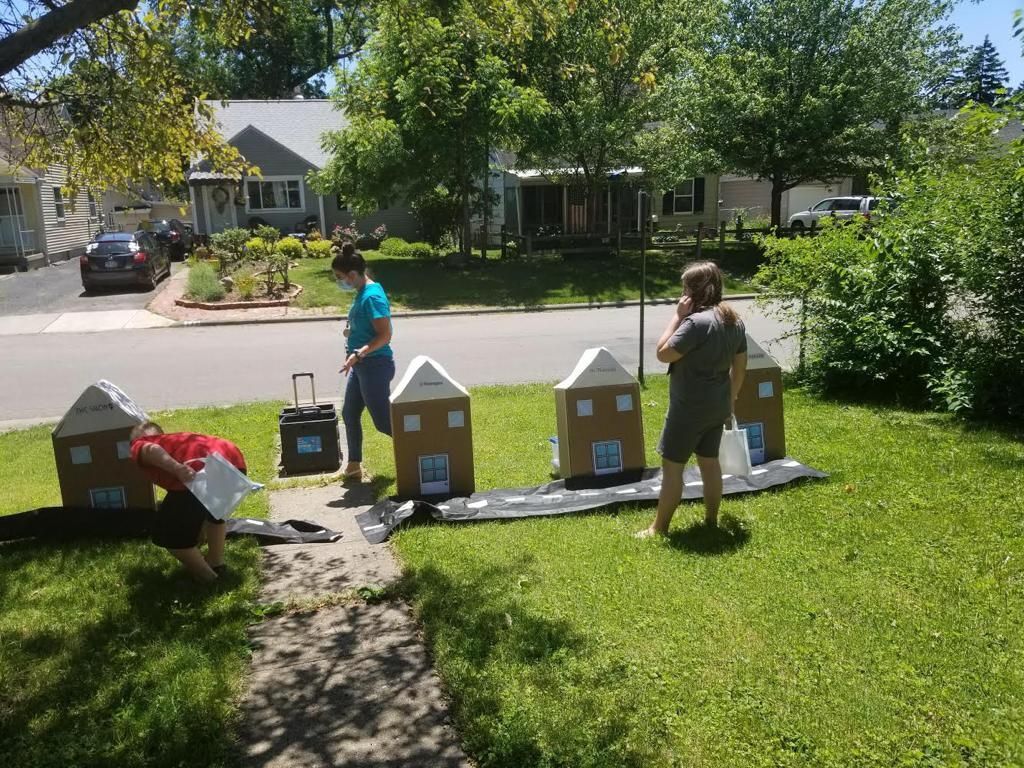 LifeTown Columbus will receive a $100,000 donation from businessman and philanthropist Jeffrey Schottenstein, as well as $40,000 from the Columbus Foundation, to help support at-home programming for Central Ohio students with special needs during the COVID-19 pandemic.

LifeTown, housed and run from the Lori Schottenstein Chabad Center in New Albany, is a realistic, indoor city created to provide children with special needs opportunities to learn about real-world scenarios in a fun, engaging way. Since the pandemic hit, the physical location has been closed and LifeTown on the Go was created to engage and educate the children served by the program from the safety of their homes.

With school back in session online, LifeTown on the Go will now serve about 1,000 students monthly and virtually from about eight Central Ohio counties and 17 districts, including Columbus Public Schools. Many of the students served come from low-income backgrounds.

Schottenstein pledged the funds to specifically support LifeTown on the Go, aiming to help bring a sense of normalcy and routine back into the lives of LifeTown students, according to a news release.

“The transition from the home and into society can be challenging for children with special needs, and COVID-19 only makes this more difficult,” Schottenstein said in an email. “I have been fortunate to meet people like Rabbi Areyah and Esther Kaltmann and their team who have taken such innovative and compassionate approaches to making this transition safe and comforting through LifeTown. I am thrilled to be able to support this organization and these young people now more than ever with LifeTown on the Go.”

Schottenstein volunteered for Chabad’s Friendship Circle program when he was in high school, and helped double its number of volunteers, the release said and Rabbi Areyah Kaltmann, executive director of the Lori Schottenstein Chabad Center, echoed.

“Jeffrey is a super mensch and he is passionate about helping anyone in need,” Kaltmann told the CJN. “I have known him for 29 years – he is a born leader and he has a heart of gold. That’s a cliche, but he has a heart that is oozing with compassion for those in need.”

As part of LifeTown on the Go, Kaltmann and his team must prepare 1,000 boxes monthly – one for each student served in the different school districts –containing materials to provide real-life lessons similar to those the students would experience at LifeTown.

“We understand that it’s very challenging for (local teachers and students) right now, so we want to make sure that we give them all the resources they need,” said LifeTown Director Esther Kaltmann. She discussed the program with the CJN Aug. 27 as she prepared to give a virtual presentation to an estimated 300 special education teachers affiliated with Columbus City Schools.

Teachers affiliated with the schools served reach out to LifeTown for its lessons, which LifeTown provides through its staff, volunteers and the educational boxes with the learning materials. Each child also works one-on-one with a LifeTown volunteer, also now virtually, and they have activities to complete that allow for synchronous learning, Esther Kaltmann said.

Rabbi Kaltmann also thanked the Columbus Foundation for its funding.

Emily Savors, director of grants management for the Columbus Foundation, said in an email the foundation saw the important work LifeTown is doing to pivot to meet students’ needs during the pandemic.

“LifeTown provides needed services for students with a wide range of disabilities,” Savors said in an email. “During this period when schools are closed, LifeTown quickly pivoted to meet the students where they are, at home, with a ‘LifeTown on the Go’ program. We are happy to support that great work.”

Kaltmann also noted that while the pandemic has created a “huge emotional and mental health strain” for many people, the experience for many with special needs is exacerbated. Through education, his organization is working to bridge that gap, he said.

“A ZIP code should not decide a child’s education,” Rabbi Kaltmann said. “I believe they have a birthright to a certain education, no matter what educational needs they have.”

LifeTown is still seeking volunteers to help with its on-the-go programming. Those interested in volunteering can visit lifetowncolumbus.org to learn more.

A record 700 people attended the annual LifeTown Legends Luncheon Aug. 29 in Columbus, where Jeffrey Schottenstein was honored for his advocac…