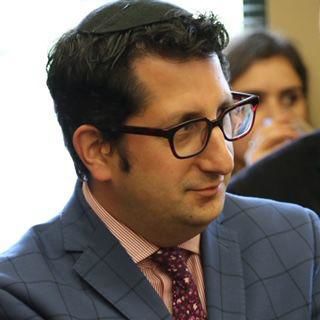 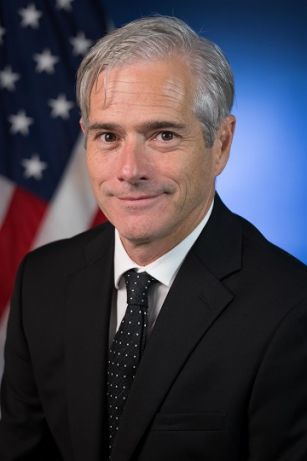 The U.S. Attorney for the Southern District of Ohio said in 20 years working in his office, there hasn’t been a time where there were no pending cases against local police in different municipalities for civil rights violations.

David DeVillers said currently there are “a number of people indicted in Columbus for civil rights violations as police, (and) we are investigating others.”

He made the remarks during Ohio Jewish Communities’ virtual annual meeting June 23, where he was the guest speaker. Howie Beigelman, executive director of OJC in Columbus, moderated the discussion with DeVillers, for which 125 people registered to attend.

Addressing a question about what steps DeVillers’ office is taking to improve confidence in the legal system in response to racism in policing and the subsequent protests around the state and country, DeVillers said his office’s “bread and butter” is enforcing law regarding civil rights violations and use of excessive force.

“When it results in death, it’s a very serious offense – you could spend the rest of your life in prison,” DeVillers said. “Guidelines come into play, but the harm it does on our community clearly isn’t just from what happens even in that precinct, town, state, but our nation and right now, I think our world to a large extent. So it’s very important that we prosecute these cases, and we look at these cases fairly and justly.”

He said many cases fall under the jurisdiction of the city, county or state rather than his federal office.

“For the most part, we want the state to work on these cases because of the accountability (and) the local prosecutor is accountable to the people in that particular jurisdiction,” he said. “So the city attorney will look and if it’s a misdemeanor, they will tend to take that case. If it’s a felony, in Ohio the county prosecutor is likely to take that case. If no one is taking that case, and we review it and we realize there’s no punishment going on at all for something we feel, and the FBI – which does most of the investigations – feels they are getting away with, then we take it.”

He said sometimes, if the entire police office is implicated, his office comes in and sues the department. He said that usually results in a consent decree, or a type of settlement.

In response to a question about prosecuting anti-Semitic crimes, DeVillers noted his wife and children are Jewish, and said people tend to overestimate the value of designating domestic hate groups as terrorist organizations.

“It’s legally meaningless” he said, adding that rather what matters is whether a potential hate crime was perpetrated.

He also said his office tracks so many different groups and people it has reason to believe could act violently, law enforcement is often able to apprehend them for a lesser offense before things become violent, such as charging them with conspiracy to commit a crime.

DeVillers also said there are “lots” of pending investigations on hate crimes and terrorism in the southern district’s office.

U.S. Sens. Rob Portman, R-Cincinnati, and Sherrod Brown, D-Cleveland, opened the meeting with a video message thanking OJC for its commitments to justice and equality, including fighting anti-Semitism.

“I think the things you touch on as U.S. attorney,” Beigelman said to DeVillers, “are things that we care about.”