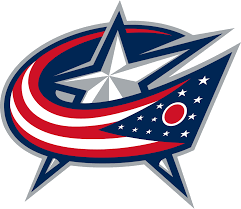 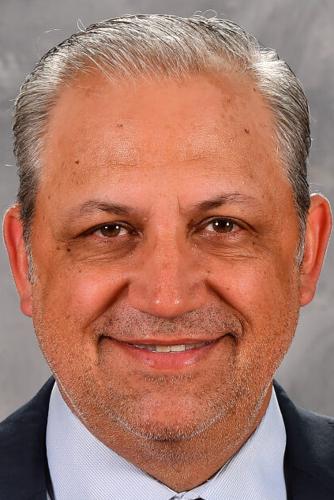 Working in sports has been something of a lifelong calling for Marty Mulford, the Columbus Blue Jackets vice president of ticketing and service, but the path to Columbus has not necessarily been a straightforward one.

Mulford told the Columbus Jewish News while he initially entertained dreams of competing as an athlete himself, his experiences at Jewish summer camp led him on a different path.

“I went to a Jewish summer camp growing up named Camp Coleman in Cleveland, Ga. and I ended up meeting a bunch of people from South Florida,” Mulford said.

This interaction led him to enroll at Florida Atlantic University in Boca Raton and then to begin his career as a beat writer for the South Florida Sun Sentinel. After working in sports journalism for a time, Mulford said he began to consider his future plans.

“I was thinking, how am I going to have a family and do this,” he said.

So, Mulford decided to pursue a career on the team side of the sports industry and began by sending some 150 resumes to minor league baseball organizations across the county. He eventually was offered and accepted a job in media relations for the Carolina MudCats in Zebulon, N.C., a half hour east of Raleigh.

“They offered me a job like, over the phone,” he said. “I got in my car after graduation in Boca and drove straight to North Carolina.”

During Mulford’s time working for the MudCats he would shift roles to focus on ticketing, then getting a job working for a minor league hockey team back in Florida before obtaining a position with the Florida Panthers in Sunrise, Fla., a half hour west of Fort Lauderdale. This led to a job as the manager for group sales for the Miami Marlins before being offered a position for the Nashville Predators as the director of ticket sales where he would stay for 11 years before finally accepting his current job in Columbus.

HOCKEY IS BACK! #cbj pic.twitter.com/uO8LNmfpft

“My job is to make sure that the building is full every day and that everyone is happy,” Mulford said of his current position.

He said overseeing a team of young professionals who do the day-to-day groundwork is something he enjoys as it allows him to focus on the big picture season-long ticketing outlook rather than single games.

Big thanks to @StingerCBJ for stopping by the STH event. Gracious enough to stop and take picture with me! #cbj pic.twitter.com/6EAg7pt2Q7

Mulford said throughout his career he has always kept close ties with the Jewish community, something he was taught about at a young age.

“Growing up in a very small Jewish community in Georgia … my parents really wanted me to go to summer camp, like ‘you have got to meet other Jewish kids, there’s other people like you’,” he said.

Mulford said he has kept his parents’ message in mind through the years and continues to emphasize the importance of connecting with the Jewish community as he raises a family.

For Mulford, who, along with his family, are members of Congregation Beth Tikvah in Worthington, a connection to the Jewish community provides a sense of safety and security.

“It’s been great, I feel like it’s always a spot where you can go and feel 100% comfortable in your surroundings,” he said. “Even if you may not know the people, you’re in a place where you feel really comfortable. It’s a calming thing.”

Matt Mahoney is a freelance journalist.